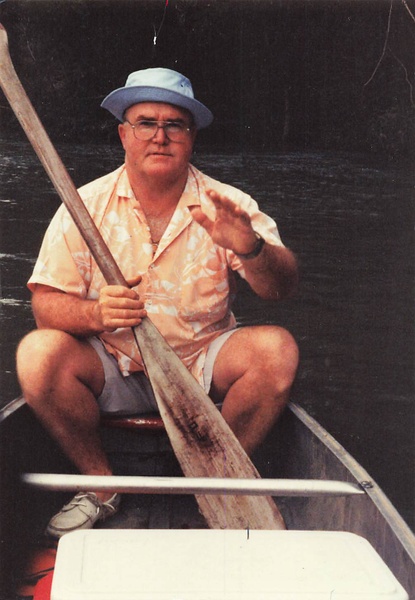 Alan Leondus Franks, 81, of Adair, passed from this life on Wednesday, July 13, 2022, at his home. He was born on July 2, 1941, in Earlimart, California; the son of Raymond and Ruby (Long) Franks. He graduated from Delano High School, where he was inducted into the Football Hall of Fame. Alan also played football at Porterville Community College in California for 2 years. He moved to the Mayes County Area from Santa Paula, California and had lived here since 2005. On October 21, 1959, he married Beverly Copple in Las Vegas and they spent 62 wonderful years together. He enjoyed the outdoors, especially when it came to fishing, camping, and boating. He also enjoyed his cattle and riding his tractor. Most of all, he loved his family and spending time with his grandchildren. He leaves behind many memories for all to cherish and will be dearly missed by all who knew and loved him.

There are no services planned at this time. To leave his family a message, please visit his Guestbook at www.shipmansfuneralhome.com. Cremation arrangements are under the direction of Shipman’s Funeral & Cremation Service.

He is survived by his wife, Beverly Franks of the home; sons, Mark Franks and Janenne of Adair, and Jeff Franks and Micki of Adair; daughter, Christy Kennedy and Jerry of Adair; brothers, Dennis Franks of Porterville, California, and Dale Franks and Ginger of Bakersfield, California; grandchildren, Tanner, Molly, Carson, and Cooper; 5 step grandchildren, Sylvia, Amanda, Mike, Samantha, and Daniel; many beloved nieces and nephews; and his beloved dog, Freddy. He is preceded in death by his parents, Raymond and Ruby; son, Gregory Franks; brother, Michael Franks; and sister, Helen Vester.

To order memorial trees or send flowers to the family in memory of Alan Leondus Franks, please visit our flower store.