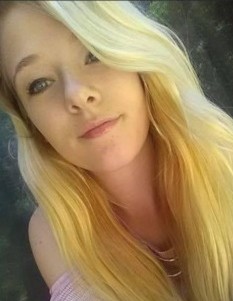 Alexis Paige Nelson, 21, of Pryor, passed away on Thursday, September 9, 2021 in Pryor. She was born on July 15, 2000 in Pryor, Oklahoma; the daughter of Brent Nelson and Suzan Alls. Alexis attended Pryor schools and enjoyed cheerleading and playing softball. She looked forward to spending time with her family and was close with her brothers, sisters, and cousins. She enjoyed listening to music, painting, and collecting sea turtle items. Alexis was full of life and could brighten anyone’s day with her smile. She leaves us much too soon and will be remembered by all the wonderful memories she leaves behind.

Funeral services will be held at 2:00 p.m., Thursday, September 16, 2021 in the First Church of God in Pryor. Burial will follow in the Fairview Cemetery with Cody Alls, Dennis Giles, Chance Alls, Bennie Alls, Jesse Ward, and Brent Nelson serving as casket bearers. Visitation will be held from 6:00 p.m., until 8:00 p.m., Wednesday, September 15, 2021 in the Shipman’s Funeral Home Chapel. The family asks that donations be made to Alexis’s Go Fund Me Page at https://gofund.me/3fa6eb6e To leave her family a message, please visit her Tribute Wall at www.shipmansfuneralhome.com. Arrangements are under the direction of Shipman’s Funeral & Cremation Service.

To order memorial trees or send flowers to the family in memory of Alexis Nelson, please visit our flower store.