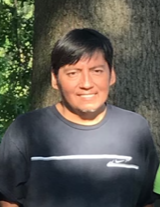 Anthony Alan Morris, 56, of Salina passed away on Thursday, December 17, 2020 in Tahlequah, Oklahoma. He was born on April 14, 1964 to Letha and the late Les Morris of Salina, Oklahoma. Tony, as most knew him by, worked for Dollar General for over 25 years, making many friendships along this journey. Tony was also involved in the Salina Booster Club and Civil Defense Club. Tony graduated from Salina High School and continued his education at NEO A&M College in Miami, Oklahoma on to NSU in Tahlequah, Oklahoma, where he received his Bachelor’s Degree in Journalism. Tony was a diehard Kansas City Royals fan.

Graveside services will be held at 2:00 p.m., Monday, December 21, 2020 in the Ross – Mayes Cemetery in Salina, Oklahoma with Reverend Johnnie Faught officiating. Casket bearers will be Darrell Morris, Ricky Morris, Johnny Morris, Jonathan Morris, Taylor Morris, and Treyton Morris. Honorary casket bearers will be Justin Morris, Dylan Morris, and Bryce Kingfisher. Visitation will be held from 1:00 p.m. until 5:00 p.m., Sunday, December 20, 2020 in the Shipman’s Funeral Home Chapel. To leave his family a message, please his Tribute Wall at www.shipmansfuneralhome.com. Arrangements are under the direction of Shipman’s Funeral & Cremation Service.

To order memorial trees or send flowers to the family in memory of Anthony Morris, please visit our flower store.