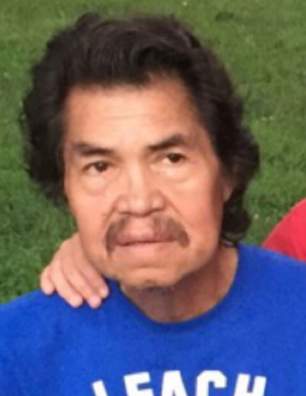 Arch “Tooley” James Beaver, Jr., 64, of Locust Grove, passed away on Tuesday, June 23, 2020 in Muskogee. He was born on July 26, 1955 in Claremore, Oklahoma; the son of Arch James Beaver and Ruby (Squirrell) Beaver.  On March 11, 1974, Tooley married the love of his life, Patsy. After high school, he attended OSU Tech in Okmulgee to pursue his career as a machinist graduating with his degree. Growing up, Tooley attended Little Rock Indian Baptist Church.  He enjoyed watching westerns and sports, especially football, his favorite teams were OU and the Dallas Cowboys.  He loved to spend time at family gatherings, watching his grandkids play ball.  He liked going to flea markets and taking long drives.  He loved seeing and spending time with his grandkids.  His favorite saying was “Not This Tooley.”  He will be greatly missed by all who knew and loved him.

To order memorial trees or send flowers to the family in memory of Arch "Tooley" Beaver, Jr., please visit our flower store.