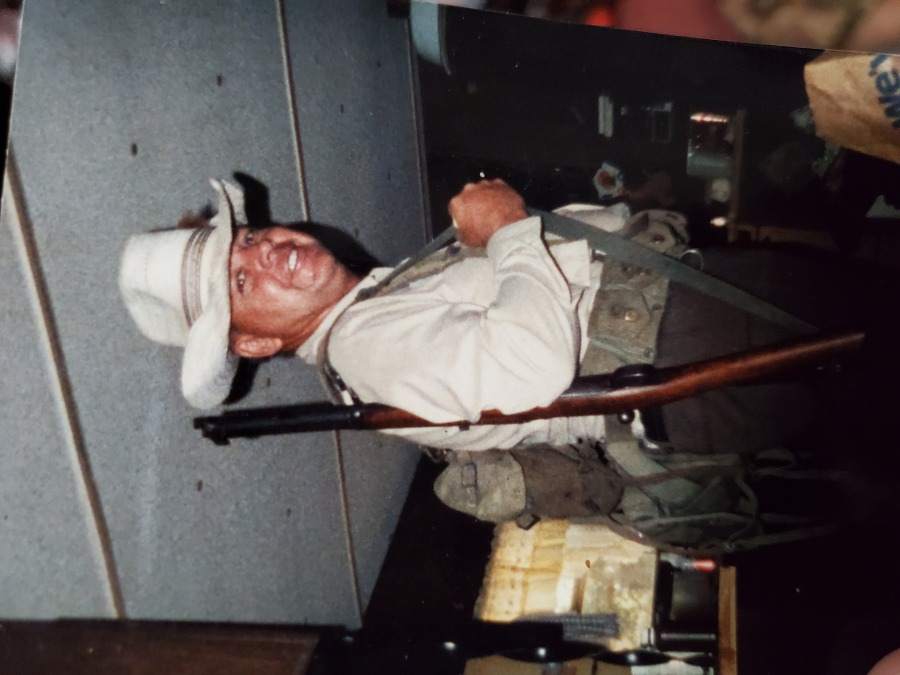 Arlin “Joe” Joseph Sanders, 79, of Eucha, Oklahoma, passed from this life on Friday, December 18, 2020 in Colcord, Oklahoma. He was born on June 14, 1941 in Mulkeytown, Illinois; the son of Arlin and Effie Sanders. Joe was the light of laughter, jokester by heart, and most prominent storyteller that many people had ever met. He was always eager for a cup of coffee and conversation. He was proud of his family, his military service, and his diesel mechanic craft. He was a great outdoorsman. He love his coon dog “Little River,” hunting, gardening, horses, cattle, and his Fourth of July celebrations. He has blessed many with his love and passion of these. He was always willing to lend a helping hand or advise. He was a loud, outspoken, and straight forward person. But, on the other hand, he was all the great times and escapes from troubles that children all need from a Papa.

Funeral services will be held at 11 am, Wednesday, December 30, 2020 in the First Baptist Church in Little Kansas. Burial will follow in the Fort Gibson National Cemetery. Visitation will be held from 6:00 pm until 8:00 pm, Tuesday, December 29,2020 in the Shipman’s Funeral Home Chapel. To leave his family a message, please visit his Tribute Wall at www.shipmansfuneralhome.com. Arrangements are under the direction of Shipman’s Funeral & Cremation Service.

To order memorial trees or send flowers to the family in memory of Arlin Sanders, please visit our flower store.