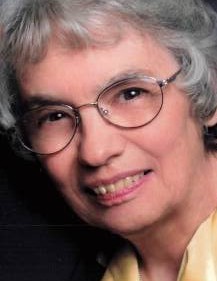 Betty Cole, 86, of Pryor, passed away on Sunday, January 17, 2021 in Welling, Oklahoma. She was born on November 20, 1934 in Pryor, Oklahoma; the daughter of Chester and Elizabeth (Bokelman) Scheetz. Betty graduated from Pryor High School in the Class of 1952 and worked as a telephone operator for Southwestern bell. Betty met her soul mate, Curtis and married on October 7, 1955 in the First Church of God in Pryor. Curtis entered the military and Betty was a proud Army wife from 1955 until 1957. After being honorably discharged from the military, Curtis went back into a retail career which moved them to several locations around Oklahoma. Betty became a stay-at-home mom for many years. As the children grew older, she began working side by side with Curtis in retail. In 1980, they were called to serve their Lord as house parents for the Baptist Children’s Home. It was there that they served until they retired in 1991. Retirement led them back home to Pryor, Oklahoma. Betty could not be happier to be back to her roots her home Church and her family. Nothing made her happier than serving the Lord and her life with her soulmate and the time she spent with all of her family.

Funeral services will be held at 10:00 a.m., Friday, January 22, 2021 in the First Church of God in Pryor with Reverend Andrew Rehbein officiating. Burial will follow in the Fairview Cemetery. Visitation will be held from 6:00 p.m., until 8:00 p.m., Thursday, January 21, 2021 at Shipman’s Funeral Home. To leave her family a message, please visit her Tribute Wall at www.shipmansfuneralhome.com. Arrangements are under the direction of Shipman’s Funeral & Cremation Service.

To order memorial trees or send flowers to the family in memory of Betty Cole, please visit our flower store.