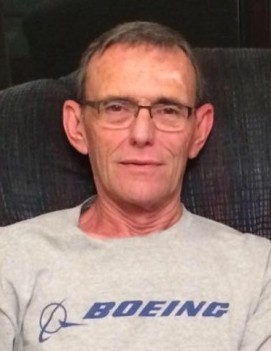 Billy Michael York, 64, of Big Cabin, passed away on Sunday, March 29, 2020 in Tulsa, Oklahoma. He was born on November 3, 1955 in Tulsa, Oklahoma; the son of Billy A. York and Naomi M. (McDaniel) York. He retired from Spirit Aero Systems after many years, and worked as an Aircraft painter. He married Terri Thorne on November 26, 1980 in Owasso, Oklahoma. Billy was a huge Nascar fan and looked forward to watching all the races that were on television and also attended some races. He especially enjoyed watching Dale Earnhardt, Sr, which was his favorite driver. He looked forward to watching John Wayne movies and reading Louis L’amour books. Billy was best known for his unmistakable laugh and amazing sense of humor. He touched many people with laughter. Billy leaves behind many wonderful memories and will be missed by all who knew and loved him.

Private family visitation will be held. To leave his family a message, please visit his Tribute Wall at www.shipmansfuneralhome.com. Arrangements are under the direction of Shipman’s Funeral & Cremation Service.

To order memorial trees or send flowers to the family in memory of Billy York, please visit our flower store.