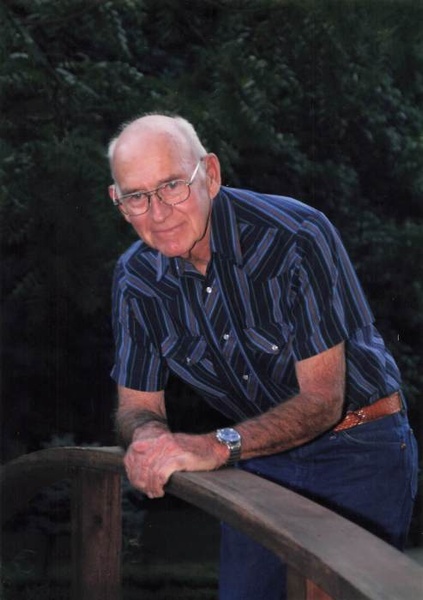 Billy A. York, 88, of Big Cabin, passed away on Friday, June 14, 2019 in Tulsa. He was born on November 29, 1930 in Chelsea, Oklahoma; the son of William A. and Dora (Bynum) York. Bill faithfully served his country in the United States Navy. After being honorably discharged, he went to work to become an airline mechanic. He worked for American Airlines for over 35 years. He married the love of his life, Naomi, in 1954 in Tulsa. Bill loved to work with his hands, and was a wonderful mechanic. He enjoyed helping his friends and family fix their cars. There was nothing he couldn’t fix and he took pride in that. Bill loved being near the lake and enjoyed water skiing. He taught all of his children how to ski. At the age of 80, he proved to them he still had it, as he went skiing one last time. In his later years, Bill developed a love for farming, ranching and bailing hay. He raised beef cattle and enjoyed spending time outdoors on the farm. He was a wonderful husband, father and grandfather and leaves behind many memories for his friends and family to remember. Funeral services will be held at 10:00 a.m., Monday, June 17, 2019 in the First Baptist Church of Adair with Jennie Bible officiating. Burial will follow in the Ghormley Cemetery with Bryan Cauthon, Matthew Wescott, Terry Liggans, Chris Cauthon, Jimmy Bible and Randy Burton serving as casket bearers. Visitation will be held from 3:00 p.m. until 5:00 p.m., Sunday, June 16, 2019 at Shipman’s Funeral Home. To leave his family a message, please visit his Tribute Wall at www.shipmansfuneralhome.com. Arrangements are under the direction of Shipman’s Funeral & Cremation Service. Bill is survived by his sons, Brad York and husband Eric Burch of Tulsa, Oklahoma and Mike York and wife Terri of Big Cabin, Oklahoma; daughter, Lisa Alexander and husband Tom of Claremore, Oklahoma; 6 grandchildren, Ashley Wescott, Brianna York, Ryan York, Dustin York, James Alexander, and Grey Alexander; 7 great grandchildren, Skyler York, Paxton York, Emma York, Avie York, Paisly York, Story York, and Moses York; daughter in law, Lynn York of Broken Arrow, Oklahoma; brothers, Martin York and wife Virginia of Oklahoma City, Oklahoma and James York of Oolagah, Oklahoma; sister, Violet York and husband Ron of Las Cruces, New Mexico; and many other relatives and friends. He is preceded in death by his parents, wife, Naomi York; 2 brothers and 2 sisters.

To order memorial trees or send flowers to the family in memory of Billy York, please visit our flower store.