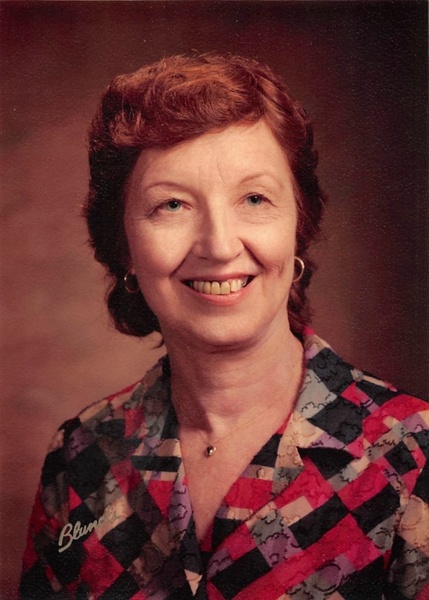 Bonnie Fuller Anderson was born Bonnie Lavonne Marlin on April 22, 1925 in Salina to Luther and Caroline (Picaman) Marlin. She passed away on Tuesday, February 19, 2019 in Owasso, Oklahoma. She married Carl Fuller in 1945. They lived in Granite City, Illinois, and raised three children. Bonnie attended college at Southern Illinois University, where she earned her Bachelor’s Degree in Education. Bonnie and Carl moved back to the Salina area in 1976, where she taught High School English for 9 years at Salina Public Schools. Carl preceded her in death in 1984. Bonnie remained in the Salina area and married Gene Anderson in 1986, until his passing in 1996. She was a master gardener in both her vegetable and flower gardens and loved to tend to them. Bonnie was also a wonderful artist and looked forward to painting, especially portraits. Bonnie was a wonderful wife, mother, and grandmother who leaves behind many fond memories for her friends and family.

Graveside services will be held at 11:00 a.m., Saturday, February 23, 2019 in the Ross – Mayes Cemetery in Salina with Reverend Lorne Beck officiating. Visitation will be held from 6:00 p.m. until 8:00 p.m., Friday, February 22, 2019 in the Shipman’s Funeral Home Chapel. To leave her family a message, please visit her Tribute Wall at www.shipmansfuneralhome.com. Arrangements are under the direction of Shipman’s Funeral & Cremation Service.

To order memorial trees or send flowers to the family in memory of Bonnie Anderson, please visit our flower store.