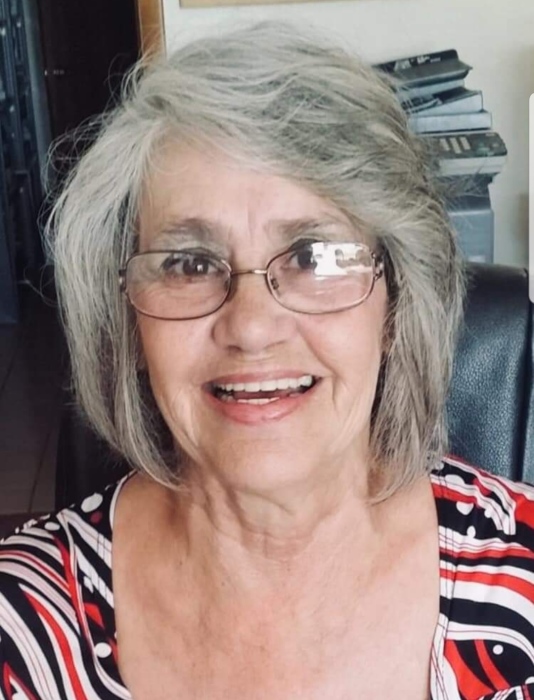 Bonnie M. Smith, 67, of Pryor, passed away on Friday, May 10, 2019 in Tulsa. She was born on November 21, 1951 in Hugoton, Kansas; the daughter of Donald D. and Geneva (Loyd) Chamberlain. She worked in insurance sales at 4 State Insurance for many years, Red Crown Credit Union in Pryor as a loan officer, and Pat’s Place Café for years. She married Walter Smith on December 10, 1987 in Mayes County. Bonnie loved her family and loved helping everyone around her. She loved to dance, read, and enjoyed life to the fullest. Bonnie helped raised 2 grandchildren as her own. She cherished each moment she had to spend with her family and loved each and everyone one of them. She was a wonderful wife, mother, daughter, grammie, sister and friend who will be missed by all who knew and loved her.

Funeral services will be held at 2:00 p.m., Thursday, May 16, 2019 in the Pentecostal Church of God with Pastor Francis Berka officiating. Burial will follow in the Benge Cemetery with Raymond Wilkins, J.B. Wilkins, James Cope, Alan Davis, Dereck Davis, Daryl Chamberlain. Honorary casket bearers will be Mathew Pegouskie, Mitch Smith, Les Smith and Johnny Chamberlain. Visitation will be held from 6:00 p.m. until 8:00 p.m., Wednesday, May 15, 2019 in the Shipman’s Funeral Home Chapel. To leave her family a message, please visit her Tribute Wall at www.shipmansfuneralhome.com. Arrangements are under the direction of Shipman’s Funeral & Cremation Service.

To order memorial trees or send flowers to the family in memory of Bonnie Smith, please visit our flower store.