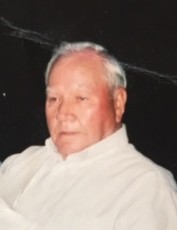 Bryce D. Brown, 87, of Adair, passed away on Wednesday, March 18, 2020 at his home. He was born on December 16, 1932 in Butler, Oklahoma; the son of Carl R. and Jewell (Goff) Brown. He has lived in the Mayes County area since he was 7 years old, and when he was old enough, entered into the United States Army and served during the Korean War.  Bryce married the love of his life, Helen Marie on February 15, 1955 in New Mexico; they celebrated over 57 years of marriage until her passing. He was a longtime farmer and dairyman in the Adair area who loved working his cattle and enjoyed spending time outdoors. Bryce was proud of the golf course he and his wife, Pat, built on their own farmland. He built the ponds, greens, and designed the golf course himself. People from across Oklahoma would come to golf on his course. He looked forward to spending time golfing, tending to his vegetable garden, and going fishing. Everything he set his mind to, he excelled at. Bryce also worked as a pipeliner in Alaska and the Bolivia Pipeline and worked for the Tulsa Pipeliner’s Union Local #798. He was a wonderful husband, father, grandfather and great grandfather who leaves behind many wonderful memories.

Memorial visitation will be held from 2:00 p.m. until 4:00 p.m, Saturday, March 21, 2020 at Shipman’s Funeral Home. To leave his family a message, please visit his Tribute Wall at www.shipmansfuneralhome.com. Arrangements are under the direction of Shipman’s Funeral & Cremation Service.

To order memorial trees or send flowers to the family in memory of Bryce Brown, please visit our flower store.