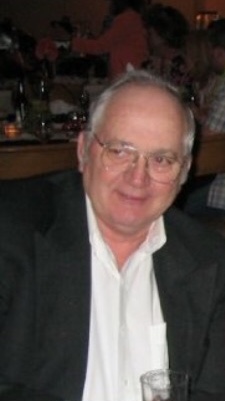 Carl Larry Russell, 74, of Spavinaw, passed away on Saturday, September 7, 2019 at his home. He was born on June 3, 1945 in Springfield, Illinois; the son of Carl Robert and Cora Russell. Carl faithfully served his country in the United States Army and married Myong Cha on August 17, 1964 in Korea. After being honorably discharged from the military, he started work at McDonald Douglas as an aircraft mechanic. Carl also enjoyed working and owning many other businesses throughout his lifetime, including, donut shops, a pawn shop, rental properties, beekeeper, and ranching. He has lived in the Mayes And Tulsa county since 1967, coming from Santa Monica, California.  Carl was a member of the American Legion since 1980, Broken Arrow Amateur Radio Club, and the Northeastern Bee Keeper Association. He enjoyed raising cattle, going hunting for Elk, Deer, Bear and any other big game, fishing, honey bees, and car racing. He looked forward to any time he could spend outdoors.  In his later years, he lived with his friend, Valerie Guarino, who took care of him until his last breath. Carl leaves behind a wonderful legacy for his family to cherish.

Graveside services will be held at 11:00 a.m., Wednesday, September 11, 2019 in the Fort Gibson National Cemetery with Military honors being presented. Visitation will be held from 6:00 p.m. until 8:00 p.m., Tuesday, September 10, 2019 at Shipman’s Funeral Home. To leave his family a message, please visit his Tribute Wall at www.shipmansfuneralhome.com. Arrangements are under the direction of Shipman’s Funeral & Cremation Service.

To order memorial trees or send flowers to the family in memory of Carl Russell, please visit our flower store.