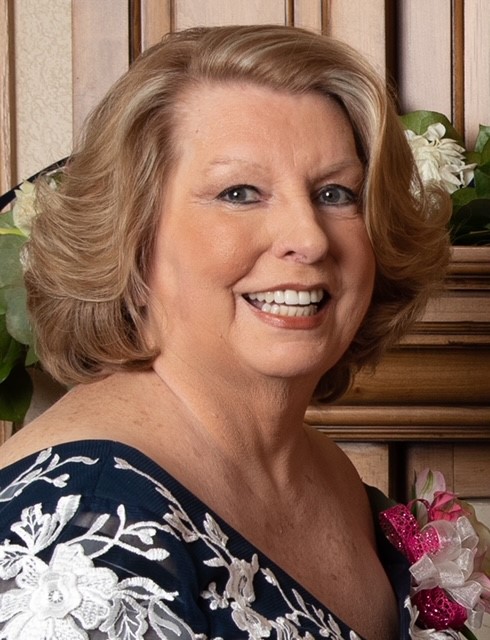 Carolyn Louise Kaufman Rhodes, 73, of Chouteau, OK passed away peacefully at home on December 15, 2020. She was born on March 25, 1947 in Tahlequah, Oklahoma to Louis and Lillian Kaufman. She graduated from Tahlequah High School in May 1965. She graduated from Northeastern State University in 1969 with her Bachelor’s in Education, Master’s Degree in Reading in May 1976, and then went on to receive a specialist in Reading degree later the same year. Carolyn spent 20 years teaching kindergarten, first grade, and Title I Reading in Chouteau, OK from August 1969 to May 1989. She spent the next 23 years teaching Title I Reading at Roosevelt Elementary School in Pryor, OK. Carolyn was also the Coordinator and Parent Educator for Chouteau and Pryor for the Oklahoma Parents as Teachers program from 1992 – 2012, which she loved doing dearly. She was a member of the Alpha Alpha Chapter of Delta Kappa Gamma, where she served as a state officer.

She and Jack Wayne Rhodes were united in marriage on March 29, 1969 at the First Baptist Church in Tahlequah, Oklahoma. They had three children of this marriage, eleven grandchildren, and one great – grandchild. She enjoyed spending time with her family, cooking, and reading. She attended the First Baptist Church in Chouteau, Oklahoma. Her joys in life besides her faith, family, and friends were teaching little ones to read. She also served as a missionary cook in Guatemala over two summers in 2004 and 2005.

She was preceded in death by her parents, Louis and Lillian Kaufman; brothers, Louis Kaufman, Jr. and James Kaufman.

The family respectfully requests that donations be made to the Chouteau Public Library in memory of Carolyn Rhodes in lieu of sending flowers. A celebration of Carolyn’s life will be held in the spring. To leave her family a message, please visit her Tribute Wall at www.shipmansfuneralhome.com.Arrangements are under the direction of Shipman’s Funeral & Cremation Service.

To order memorial trees or send flowers to the family in memory of Carolyn Rhodes, please visit our flower store.