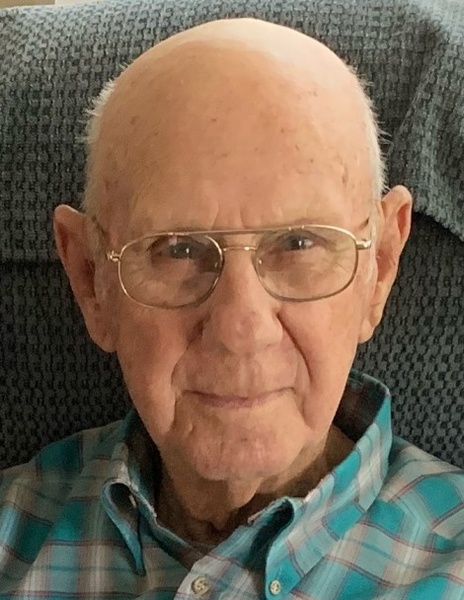 Cecil David Vivion, 96, of Pryor, Oklahoma, passed away on Monday, November 2, 2020 at his home.  He was born on June 11, 1924 in Yonkers, Oklahoma, the son of Quinton Vivion and Etta Mae (Stephens) Vivion.  He faithfully served his Country in the United States Army.  Cecil married Dollie Piland on November 16, 1964 in Wagoner, Oklahoma,   He worked in Pryor for the John Deere, Nipak and Kaiser Company as an operator and later as a Supervisor.  Cecil had made his home in Pryor for 92 years.  He was a member of the Church of Christ and a lifetime member of the DAV.  He enjoyed growing a garden every year, especially growing tomatoes and other vegetables so he could give away his harvest.  He loved being outdoors, whether it was hunting, fishing or just sitting on the porch watching the birds.  His greatest joy was his family and watching his grandchildren and great grandchildren play.  A loving husband, father, grandfather and friend who leaves so many wonderful memories for all to cherish.

A Graveside Service will be held on Thursday, November 5, 2020 at 10 a.m. in the Graham Memorial Cemetery with Brother Keith Cagle officiating.  Visitation will be held from 6-8 p.m. Wednesday evening at the funeral home.  To leave a message to his family, please see his Tribute at www.shipmansfuneralhome.com.  Arrangements are under the direction of Shipman’s Funeral & Cremation Service.

Cecil is survived by his wife, Dollie of the home; his children, David and wife, Ava Vivion of Pryor, Oklahoma, Margie McDaniel and husband, Gerald of Pryor, Oklahoma and Peggy Burrow of Harrah, Oklahoma; four grandchildren and 6 great grandchildren; many other relatives and friends.  He is preceded in death by his parents, Quinton and Etta Vivion; brothers, Roy, Fred and Robert Vivion; sisters, Unice Vivion, Eulia Harlan and Ilena Ramsey.

To order memorial trees or send flowers to the family in memory of Cecil Vivion, please visit our flower store.