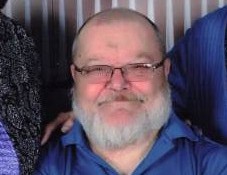 On December 26, 2019, Charles Ray Standefer of Pryor, OK, was made brand new, and with BOTH good legs, he went running, leaping, and shouting with praise straight into the arms of Jesus.

Charlie was welcomed into the world by Lewis Ray Standefer and Emma Marie Conner Standefer on June 17, 1949 in Neosho, Missouri.  He grew up with four older sisters, a younger brother and a whole slew of neighborhood kids.

Charlie’s lifetime occupation was burning up the highways.  As a young man, he proudly served his country, driving trucks in the US Army and the Army National Guard.  He worked many years for LaZboy in Neosho where, among other duties, he backed the big-rig trailers into the docks.  Years were spent driving trucks for other companies, the last being May’s Drugstores as their only warehouse delivery driver.

Charlie’s trucking career was cut short on September 28, 1996 when he was catastrophically injured and burned in an electrocution accident.  He loved telling about how he survived 7620 volts for 23 minutes while remaining conscious the entire time.  Charlie hosted an annual Survival Celebration to give credit to many wonderful doctors and nurses, family and friends, for helping him achieve that survival.

But even a life-changing, horribly disabling accident would not slow Charlie down.  There was a lot more burning-up-of-the-highways to be done.  And he hadn’t used up all of his guardian angels yet.  In 2007, Charlie reunited with his girlfriend from 1972, Patricia Campbell, married her on January 26, 2008, and together they built their own oversize-load escort company, Miracle Acres Pilot Car Service.  Charlie loved lighting up his vehicles with LED lights and encouraging others to do the same.  When you saw all those lights coming your direction, you could bet it was Charlie.  A lot of miles were burned until he retired and closed the business in May of this year.

Charlie had his faith and had no doubts about where he would spend eternity.  He loved God, his country, the American flag, and his family. His greatest joy was his grandchildren.  There was nothing he wouldn’t do for them.  He was the same way with nearly everyone he met.  He loved unconditionally and would do for others, often without being asked.

Charlie’s family would like to invite friends to join in his Celebration of Life Memorial service on Tuesday, December 31 at 2:00 pm at Emmanuel Church, 437551 East 60 Hwy, Vinita, OK.  In lieu of flowers, memorial donations may be made to another of Charlie’s great loves, Oklahoma Firefighters Burn Camp, PO Box 287, Owasso, OK 74055.

Charlie never parted from a loved one without telling him that he loved them.  So from Charlie, one last time…LOVE YOU ALL!

To order memorial trees or send flowers to the family in memory of Charles Standefer, please visit our flower store.