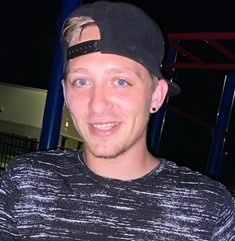 Christopher Allan Pritchett, 25, of Pryor, passed away on Tuesday, August 18, 2020 in Spavinaw, Oklahoma. He was born on August 1, 1995 in Claremore, Oklahoma; the son of Mark Pritchett and Heidi (Alexander) Cantey. Christopher had a bright personality and enjoyed spending time outdoors, going fishing, playing pool and cards, and also enjoyed playing the guitar. His nieces and nephews held a special place in his heart and he loved to spend time playing with them. He sure loved his Nana Jeanie; he was her rock. He was a fan of OU Football and the Dallas Cowboys. Above all things, Christopher loved his daughter, Isabella, and spent each moment he could with her, as well as his fiancé, Alyssa. His friends and family will recall the sheer pleasure of his company, how good he made them feel, how free they were to be themselves around him, and how much they will miss him. Christopher had so much goodness, so much capacity to bring happiness to others and such a bright future, the world is a lesser place without him.

Funeral services will be held at 10:00 a.m., Saturday, August 22, 2020 in The Gathering Church in Adair with Pastor Josh Greer officiating. Burial will follow in the Ross – Mayes Cemetery with Trey Pritchett, Trent Pritchett, Dustin Hagar, Cody Osborne, TJ Bailey, and Don Alexander serving as casket bearers. Honorary casket bearers will be Daniel Harvey and Chantze Pritchett. Visitation will be held from 6:00 p.m. until 8:00 p.m., Friday, August 21, 2020 at Shipman’s Funeral Home in Pryor. To leave his family a message, please visit his Tribute Wall at www.shipmansfuneralhome.com. Arrangements are under the direction of Shipman’s Funeral & Cremation Service.

To order memorial trees or send flowers to the family in memory of Christopher Pritchett, please visit our flower store.