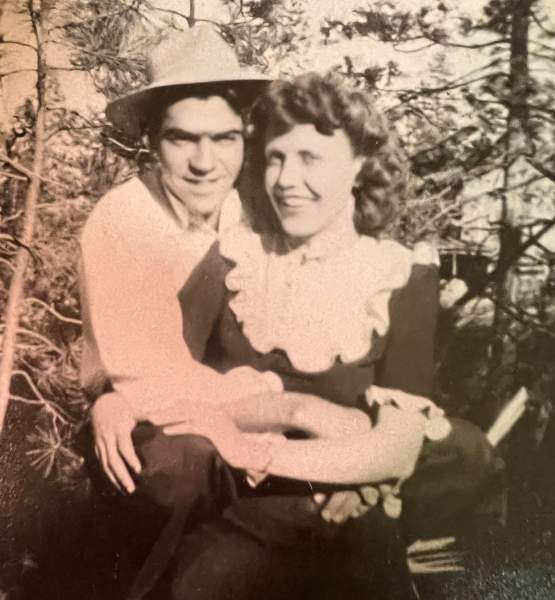 Dallas Babe Plumlee, 97, of Salina, passed away on Friday, September 2, 2022, at his home that he built for his family 66 years ago, with his loved ones by his side. He was born on January 28, 1925, south of Locust Grove, Oklahoma, to Duey and Edith (Brown) Plumlee. He was one of 12 siblings and a lifelong resident of Mayes County. On February 2, 1944, he married the love of his life, Marjorie Parker. They spent 51 wonderful years together until her passing on July 25, 1995. Babe was a carpenter all his life and built many homes in Mayes County throughout his lifetime. He was a devoted husband, dad, and grandpa. He leaves behind an incredible legacy and will be dearly missed by all who knew and loved him.

A graveside service will be held at 2:00 p.m., Tuesday, September 6, 2022, at Ross-Mayes Cemetery with Reverend Gary Blackford officiating. Tony Back, Todd Back, Dallas Plumlee Jr., Randall Plumlee, Tracy Taylor, Terry Taylor, James Burgess, Chris Burgess, and Barry Burgess will serve as casket bearers. A visitation will be held from 6:00 p.m. until 8:00 p.m., Monday, September 5, 2022, at Shipman’s Funeral Home. To leave his family a message, please visit his Guestbook at www.shipmansfuneralhome.com. Arrangements are under the direction of Shipman’s Funeral & Cremation Service of Pryor.

He is survived by his daughters, Charon and Pat Back of Salina, Sheila and Gene Taylor of Salina, Jeanie and Tom Burgess of Salina; son, Dallas and Caren Plumlee of Salina; grandchildren, Tricia Backward, Tony Back, Todd Back, Tonya Back, Wayne Plumlee, Randall Plumlee, Stacey Coger, Terry Taylor, Tracy Taylor, Rachel Pritchett, James Burgess, Chris Burgess and Barry Burgess; 34 great grandchildren; and 26 great great grandchildren. He is preceded in death by his parents, Duey and Edith; wife, Marjorie; and his 11 siblings.

To order memorial trees or send flowers to the family in memory of Dallas "Babe" Plumlee, please visit our flower store.