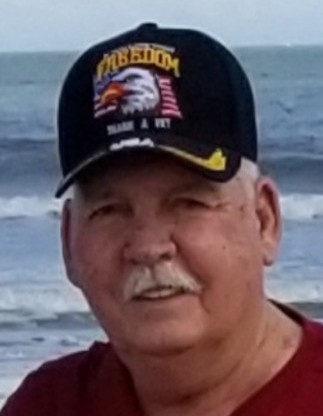 Dalton Jones, 73, of Spavinaw, departed from this life on Wednesday, January 27, 2021 in Muskogee, Oklahoma. He was born on August 4, 1947 in Prairie Grove, Arkansas; the son of Wilson and Nadine (Williams) Jones. He married the love of his life, Jeanie (Deloha), on May 11, 1985 and they spent many wonderful years together. Dalton faithfully served our country in the United States Marines and served in Vietnam. He also served in the Navy Seabees reserves for many years. Dalton dearly loved his country. He was a member of the American Legion in the Northeastern Oklahoma Veteran Tour. He enjoyed spending time outdoors; especially hunting, fishing, noodling, and shooting guns. Above all, he enjoyed spending time with his family. He leaves behind many wonderful memories for his family to cherish.

Graveside memorial services are pending at this time. To leave his family a message, please visit his Tribute Wall at www.shipmansfuneralhome.com. Cremation arrangements are under the direction of Shipman’s Funeral & Cremation Service.

To order memorial trees or send flowers to the family in memory of Dalton Jones, please visit our flower store.