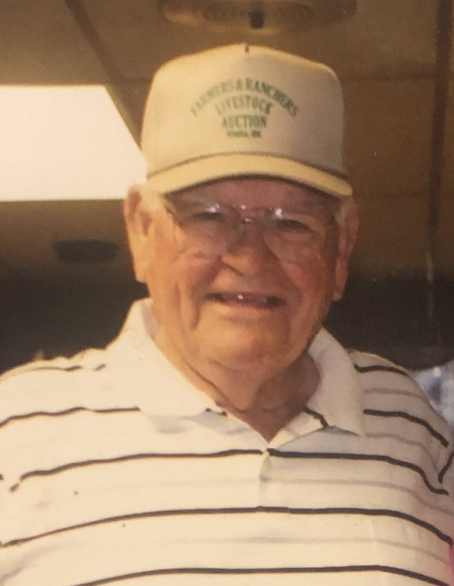 *To view the flowers sent to the family as well as the Tribute Video, please click the following link*

Delbert Leon Pierce was born at Boatman in the river bottom on December 19, 1936, to the parents of Aron & Annie (Turner) Pierce, he was the youngest of seven children. He attended school through the eighth grade at Boatman Elementary, finishing his high school education at Salina in 1955. He was active in FFA during his high school years and continued his support of the program until his health started to decline, this year. After high school, he hauled pulp wood for the Crawford brothers who later became his brother – in-laws. On October 11, 1958, in Miami, Oklahoma, he married the love his life, Eunice Mae (Crawford) Pierce. Delbert worked for Earl Rice at the Texaco Bulk Plant in Pryor, for forty years as a truck driver, retiring in December 1998, at the age of 62 years young! Delbert faithfully served his country for six years in the Army Reserves and was honorably discharged in November of 1965. In 1966, Delbert and Eunice Mae were blessed to become the proud parents of their “Pride & Joy” Kristy Schrell after adopting her when she was six weeks old. They continue to live on their farm northeast of Salina raising beef cattle, still today. Delbert was always there to support Kristy during her school sports and FFA activities, as well as his grandkids and their school activities. He also served his hometown of Salina on the City Council for two terms and with his continued support to Salina Schools FFA programs, he became an Honorary Chapter FFA Farmer Recipient.

Funeral services will be held at 2:00 p.m., Tuesday, July 20, 2021 in the Salina First Baptist Church with Pastor Rob Pierce and Pastor Steve Waechter officiating. Burial will follow in the Bryan Chapel Cemetery in Boatman with Jesse Phillips, Zach Phillips, Jake Neighbors, Michael Pierce, Josh Pierce, and Clay Rice. Honorary casket bearers will be Wesley Neighbors, Hershal Pierce, Puddin Ingle, and Randy Woodward. Visitation will be held from 6:00 p.m. until 8:00 p.m., Monday, July 19, 2021 at Shipman’s Funeral Home. To leave his family a message, please visit his Tribute Wall at www.shipmansfuneralhome.com. Arrangements are under the direction of Shipman’s Funeral & Cremation Service.

To order memorial trees or send flowers to the family in memory of Delbert Pierce, please visit our flower store.