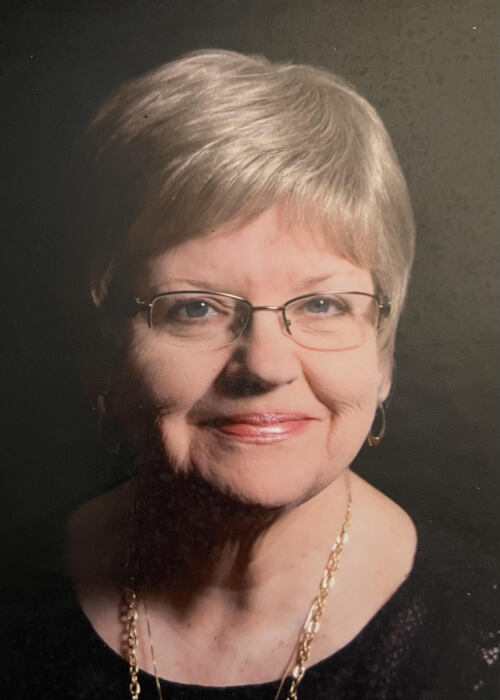 Diane Clarke Nofsinger was born August 4th, 1944, in Hutchinson Kansas to Dan & Barbara Shaffer.  Diane grew up in Tulsa, OK until the age of 14 when her family moved to Boulder Colorado.  She graduated from Fairview High School in Boulder, Colorado in 1962.  Her high school friends called her “Di”,and remained close friends all her life. A testimony to her love and faithfulness as a person. After a brief stint at the University of Colorado she moved back to Tulsa in January 1966. She began work at Tulsa Products where she was Glenn Nofsinger’s secretary.  She met Glenn’s son Jim Nofsinger in May of 1966 when he was home on leave from his Air Force station in Cheyenne, Wyoming.  He fell captive to her blue eyes, her larger than life personality, and her love of the mountains. They were married on July 1, 1967 and were faithful to each other for 55 years. After living in Tulsa, they moved into the old farmhouse in Chouteau Oklahoma in May of 1970, where they lived the remainder of their life together. They raised 3 sons: Jamie, Eric, and Adam, who were by her side along with Jim, when she passed. Diane and Jim were faithful members of Eden Mennonite Church, where Diane served as a children’s Sunday school superintendent. Diane loved her family fiercely, and would go to great lengths to see them, even traveling to China twice (vowing never to return after both trips.) Diane loved to smile, and loved to talk, even in her final days taking up a storm to whoever would listen. She was a master gardener and could make just about anything grow in the large garden she and Jim kept.

In addition to her husband, sons, and daughters in law, Hannah and Kristy Nofsinger, she leaves behind 15 grandchildren, and 3 great grandchildren as well as two sisters, Susan Shaffer of KS, and Pam Hart of CA. She was preceded in death by her and Jim’s first child, an infant daughter named Amy, a younger sister Deborah and a younger brother Dan.

Memorial service will be held on Saturday February 12th at 10:00am at Eden Mennonite Church in Inola, OK.  In lieu of flowers, please donate to the Eden Mennonite Missions Fund.

To order memorial trees or send flowers to the family in memory of Diane Nofsinger, please visit our flower store.