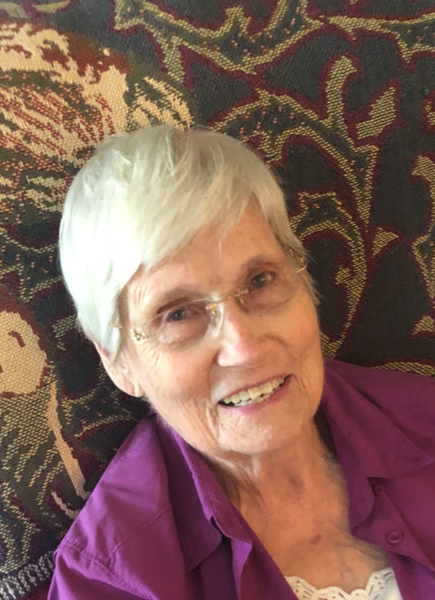 Dorothy “Wilena” Barton, age 87, passed peacefully, with her husband by her side, on June 12, 2022, at Meadowbrook Nursing Center in Chouteau, Oklahoma.  She was born December 5, 1934, in Maple, Texas, to Monterey Walker Newton Kaufman and Wilford Henry Newton.

On December 22, 1950, Wilena married her loving husband Shearl Dennon Barton and they celebrated 71 years of marriage.  She was a devoted member of Chouteau Hills Church of Christ, where she could be found serving members and guests during Sunday lunches and special occasions.

For most of her life, Wilena was a homemaker except for 12 years when she, along with her husband, owned Mr. B’s on Highway 69 where they served the best hamburgers, fries and onion rings.  They hired many local high schoolers to help. The employees of Mr. B’s experienced hard work along with learning positive work ethics that could be used when they became adults.

Wilena is best known for her cooking.  She prepared elaborate and elegant family dinners frequently.  There were no less than seven family members, plus a guest or two at these meals.  A recipe was never seen as she prepared delicious meals of turkey and dressing and roast dinners, and prepared from scratch her own bread, jelly, biscuits, applesauce, and apple cobbler.  She often waited to eat until everyone had been served.  She was a gracious hostess.

She also loved gardening.  Her property could be mistaken as a park because of the care she gave to her plants, flowers and garden. You would find in every room magazines about plants and flowers.  She never stopped learning. Wilena even talked her husband into building her a garden shed. She was, also, an avid reader of novels.

She took loving care of her dogs, peacocks, and hens, and even cattle.  She once said that she loves looking outside and seeing the cattle on their land.  She was known to alert others when something “didn’t seem right” with a particular cow or calf.

Wilena was preceded in death by her parents, Wilford Newton and Monterey Kaufman, her brother Stanley Newton and half-brother Eddie Kaufman, her children Suezan Stone and Jim Bob Barton, and brother-in-law Leonard Marler.

Wilena will be laid to rest at Warner Memorial Cemetery alongside her beloved daughter, Suezan.

To order memorial trees or send flowers to the family in memory of Dorothy Wilena Barton, please visit our flower store.