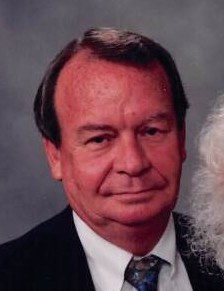 Earl Pribble of Pryor, Oklahoma passed from this life on October 1, 2020. He was 85 years old. He was born on April 26, 1935 in Arkansas; the son of Thomas and Maggie (Wood) Pribble. Earl spent 20 years in the Air Force, 8 of those years he spent flying in and out of Vietnam as a flight engineer on a C-130. He received many flying metals and ribbons. He married Bonnie Casey in 1958, they were married 62 years this past June. They traveled to many parts of the world with their internet business. Earl was a great leader, husband, dad, granddad, and friend to many. Earl was also an Elder in the church of Christ in Tulsa and Owasso for many years, as well as a Diamond IBO in the Amway business. He was loved by so many and will be greatly missed.

There will be a special memorial at a later date for Earl. To leave his family a message, please visit his Tribute Wall at www.shipmansfuneralhome.com. Cremation arrangements are under the direction of Shipman’s Funeral & Cremation Service.

Earl is survived by his wife Bonnie, of the home; son, Shawn and wife Kim of Tulsa, Oklahoma; brothers, Tony and Loyd; 10 grandchildren and 8 great grandchildren; son in law, Buddy Glenn of Pryor, Oklahoma.. He is preceded in death by his daughters, Shelby Thompson and Shara Glenn; one brother, Edward; and 12 half brothers and sisters.

To order memorial trees or send flowers to the family in memory of Earl Pribble, please visit our flower store.