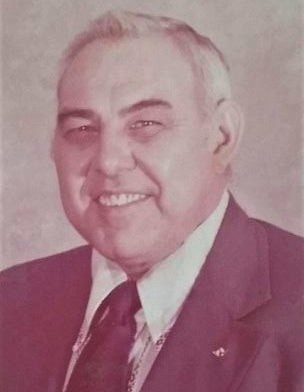 Earl Jack Vickers, 92, of Adair, passed away on Friday, October 16, 2020 at his home. He was born on August 3, 1928 in Oklahoma City, Oklahoma; the son of Louie Jack and Fannie (Lusk) Vickers. Earl faithfully served his country in the United States Army, serving during two wars, World War II and the Korean War. During his time in the Korean War, he was awarded the Bronze Star.  Earl served as a Military policeman throughout his time in the Army. He married Donna Sue Chaney in 1965 in Miami, Oklahoma and they have celebrated over 55 years of marriage. He worked for the Tulsa Police Department and retired as a Lieutenant after 21 years. He also served as President for the Tulsa FOP Lodge and served on the National FOP Board. Earl was also a Mason and a Shriner and enjoyed participating in the numerous parades and participating in the bowling units activities. When he wasn’t working, he loved to watch television, especially police shows and mysteries. In his later years, he developed a love for watching rodeos. He was a wonderful husband, father, grandfather and friend who will be missed by all who knew and loved him.

Graveside services will be held at 2:00 p.m., Wednesday, October 21, 2020 in the Floral Haven Cemetery in Tulsa with Chaplain Keith Fallis officiating. Visitation will be held from 6:00 p.m. until 8:00 p.m., Tuesday, October 20, 2020 at Shipman’s Funeral Home in Pryor. To leave his family a message, please visit his Tribute Wall at www.shipmansfuneralhome.com. Arrangements are under the direction of Shipman’s Funeral & Cremation Service.

Earl is survived by his wife, Donna Vickers of the home; sons, Scott Vickers and wife Sherry of Mannford, Oklahoma and Jay Vickers of Adair, Oklahoma; grandson, Noah Vickers; and many other relatives and friends. He is preceded in death by his parents, Louie and Fannie Vickers and brother, Robert Vickers.

To order memorial trees or send flowers to the family in memory of Earl Vickers, please visit our flower store.