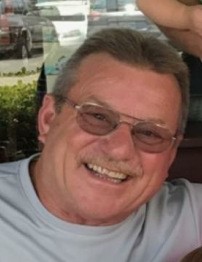 Melvin “Smitty” Smith, 64, of Panama City Beach, Florida, formerly of Pryor, Oklahoma, passed away on Friday, June, 5, 2020 in Florida.  Melvin was born in Bristow, Oklahoma, the son of Ernie and Rosetta Smith on April 23, 1956.  He attended Rogers State in Claremore receiving his Associate Degree.  Melvin began his law enforcement career in Salina, Oklahoma and then moved to the Pryor Police Department in June of 1979. He retired from the Pryor Police Department in 2008 and continued his law enforcement career as UN Peace Keeper in Haiti.  He was there during the devastation 2010 earthquake and assisted with the earthquake cleanup and peace keeping efforts.  He completed a 3 year assignment and returned home in August 2011.  In 2011, he began his retirement with his wife in Pryor, Oklahoma until she retired from the Pryor Police Department.  Upon her retirement, they move to Panama City Beach, Florida where they resided until the time of his death.  In his retirement, Melvin enjoyed going to the beach, spending time with his family, and he like to stay busy working on projects around the home.  His wife said his favorite hang-outs were Home Depot and Lowe’s.  Melvin was a wonderful husband, father, grandfather and dear friend who will be so greatly missed.

A Memorial Service will be held on June 20, 2020 at 11 a.m. in the Shipman’s Funeral Chapel with Reverend Derek Melton officiating.  To leave a personal message to his family, please see his Tribute at www.shipmansfuneralhome.com.  Arrangements are under the direction of Shipman’s Funeral & Cremation Service.

To order memorial trees or send flowers to the family in memory of Earnest "Smitty" Smith, please visit our flower store.