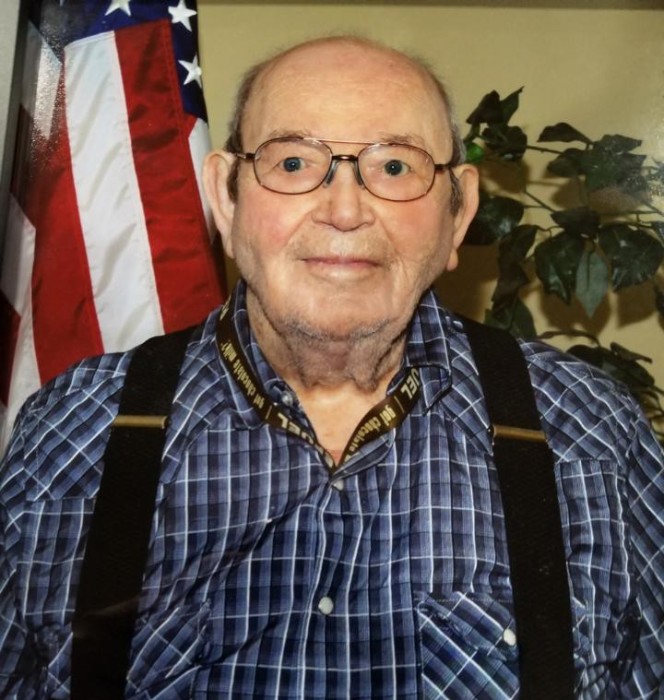 Everett Lee Walsh, 92, of Chouteau, Oklahoma, passed away on Friday, October 18, 2019 in Tulsa, Oklahoma. He was born on March 20, 1927 in Chouteau; the son of John and Opal (Flint) Walsh. Upon High School graduation, Everett enlisted into the United States Army during World War II. He married the love of his life, Evelyn Henson on May 11, 1948. Everett attended Tulsa University Business School and worked for Sun Oil Company for 36 years as a Computer Programmer / Analyst. He looked forward to going fishing and camping at Tenkiller, hunting quail with his bird dogs, gardening, bowling, and raising cattle. Everett moved to the Mazie area after retirement. He served on the Water Board for Mayes County Rural Water District #2 and also looked forward to going to Church and attending Church events. He attended and was a member of the Springdale Baptist Church, Calvary Baptist and Mazie First Baptist Church.

Funeral services will be held at 2:00 p.m., Thursday, October 24, 2019 in the Mazie First Baptist Church in Mazie with Reverend Bobby Pineiro and Brother Wally Broyles officiating. Burial will follow in the Chouteau North Cemetery with Jonathan Walsh, Dustin Walsh, Timothy Walsh, Jesse Lehrman, Eric Lehrman, and Matt Dunnery serving as casket bearers. Visitation will be held from 6:00 p.m. until 8:00 p.m., Wednesday, October 23, 2019 at Shipman’s Funeral Home. In lieu of flowers, the family asks that donations be made to the Mazie First Baptist Church. To leave his family a message, please visit his Tribute Wall at www.shipmansfuneralhome.com. Arrangements are under the direction of Shipman’s Funeral; & Cremation Service.

To order memorial trees or send flowers to the family in memory of Everett Walsh, please visit our flower store.