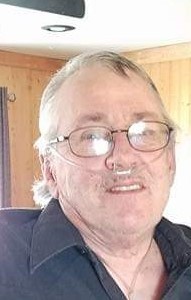 Gary Wayne Bever, 64, of Pryor, passed away on Sunday, January 27, 2019 in Tulsa. He was born on April 2, 1954 in Cedar Vale, Kansas; the son of Ralph and Ethel Louise (Shultz) Bever. He worked in the construction industry most of his life as a house builder. Gary moved to the Mayes county area in 2011, coming from Chanute, Kansas. He enjoyed riding Harleys, spending time on the boat, hanging out with his friends in the garage, and tinkering with things. Gary looked forward to spending time with his grandchildren, and most of all, picking on them. He was ornery and fun natured and was loved by all his friends and family.

Memorial services will be held at 1:00 p.m. until 4:00 p.m., Saturday, February 2, 2019 in the Central Park Community Building at 101 South Forest Chanute, Kansas 66720. To leave his family a message, please visit his Tribute Wall at www.shipmansfuneralhome.com. Cremation arrangements are under the direction of Shipman’s Funeral & Cremation Service.

Gary is survived by his daughters, Misty Parks and husband Jay of Pryor, Oklahoma and April Timmerman and fiancé Adam Smith of Pryor, Oklahoma; brothers, Rick Bever of Chanute, Kansas and Tom Bever and wife Reba of Vera, Oklahoma; sisters, Julie Bever of Ellinwood, Kansas and Jackie Murphy of Chanute, Kansas; 11 grandchildren and 1 great grandchild; and many other relatives and friends. He is preceded in death by his parents, Ralph and Ethel Bever, sister, Joyce Carlburg, and nephew, Charles Bever.

To order memorial trees or send flowers to the family in memory of Gary Bever, please visit our flower store.