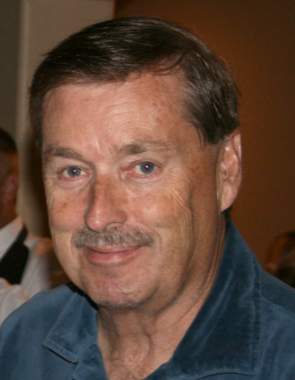 Gary Paul Clark, 78, of Pryor, departed from this life on Tuesday, June 15, 2021, at his home surrounded by family. He was born on December 28, 1942, in Council Bluffs, Iowa; the son of Paul Owen Clark and Irene (Krueger) Clark. Gary faithfully served our country in the United States Army and served 6 years in the National Guard. He married the love of his life, Janet, on August 18, 1973, in Council Bluffs, Iowa. Together, they spent 48 wonderful years together and had 2 children, Gary Scott and Paula Marie. After getting married, Gary worked for Omaha Public Power District. Then in 1980, Gary was offered a job at Grand River Dam Authority and the family moved to Pryor. He worked for GRDA for 16 years until his retirement. After retirement, Gary opened his car lot, Clark Country Auto Sales. Gary was shy but had a heart of gold and would do anything for anybody. In his spare time, he enjoyed mowing his yard and fixing old cars. On Sunday afternoons, you would find Gary watching NASCAR. Above all else, he dearly loved his family. He will be so dearly missed by all who knew and loved him.

Graveside services for Gary will be held at 10:00 a.m., Saturday, June 19, 2021 at Graham Memorial Cemetery with Devon Bell, Matthew Butcher, Marty Miller, Tristin Clark, Levi Clark, and Connor Gordon serving as casket bearers. Visitation will be held from 6:30 p.m. to 8:30 p.m., Friday, June 18, 2021 at Shipman’s Funeral Home. To leave his family a message, please visit his Tribute Wall at www.shipmansfuneralhome.com. Funeral arrangements are under the direction of Shipman’s Funeral & Cremation Service.

Gary is survived by his wife, Janet, of the home; son, Gary Scott Clark; daughters, Paula Marie Miller and husband Marty of Pryor; and Tiffaney Rotert and husband Frank of Nebraska; 10 grandchildren; and numerous great grandchildren. He is preceded in death by his parents, Paul and Irene.

To order memorial trees or send flowers to the family in memory of Gary Clark, please visit our flower store.