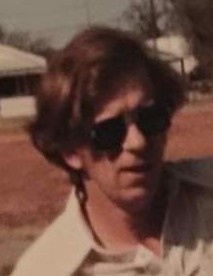 George Foster Tracy, 75, of Henryetta, passed away on Tuesday, December 25, 2018 in Oklahoma City, Oklahoma. He was born on April 9, 1943; the son of Clyde and Marjorie (Sheer) Tracy. He faithfully served in the United States Navy from April 16, 1964 until being honorable discharged on February 23, 1968. He earned the National Defense Service Medal and the Vietnam Service Medal and worked as an electrical repairman in the military. After his time in the military, George went to work in the electrical field in the construction industry most of his life. He enjoyed history, traveling, and reading. He was a wonderful man who will be missed by all who knew and loved him.

No formal services are planned at this time. To leave his family a message, please visit his Tribute Wall at www.shipmansfuneralhome.com. Arrangements are under the direction of Shipman’s Funeral & Cremation Service.

To order memorial trees or send flowers to the family in memory of George Tracy, please visit our flower store.