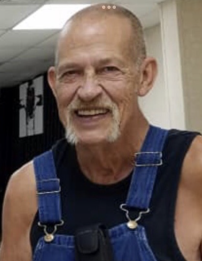 Glenn “Buck” Allen McMullin, 74, of Adair, passed away on Friday, December 24, 2021 in Bartlesville, Oklahoma. He was born on September 11, 1947 in Chelsea, Oklahoma; the son of James Leroy and Idotha (James) McMullin. He faithfully served his country in the United States Army. Buck was a machinist working on industrial compressors. In his spare time, he enjoyed going fishing, hunting, and shooting guns. He loved spending time outdoors. Buck leaves behind many memories for his family to remember.

No formal services are planned at this time. To leave his family a message, please visit his Tribute Wall at www.shipmansfuneralhome.com. Arrangements are under the direction of Shipman’s Funeral & Cremation Service.

To order memorial trees or send flowers to the family in memory of Glenn "Buck" McMullin, please visit our flower store.