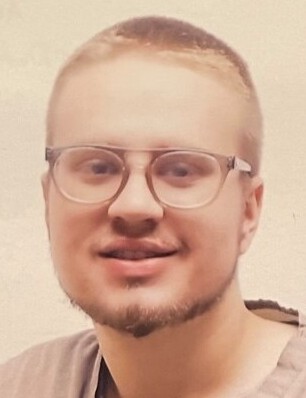 Grant Parker Lane, 26, of Pryor, passed away on Wednesday, September 8, 2021. He was born on August 18, 1995 in Tulsa, Oklahoma; the son of Kerry and Karla Lane (Lowder). He graduated from Pryor High School with the class of 2014. He enjoyed spending time with his son, fishing, and working on his truck. He was a talented tuba player and was number two in the state at one time. He leaves behind many wonderful memories for his family and friends to cherish.

He is survived by his father, Kerry Lane of Pryor; his son, Leo E. Lane; his grandmother, Mary Lou Lowder of Bixby, Oklahoma; his grandfather, Darrell L. Lane of Oklahoma City; his uncles, Randy Lane of Oklahoma City and Tim Lowder of Hixson, Tennessee; his aunt, Becky Dunn of Dallas, Texas; and many other relatives and friends. He is preceded in death by his mother, Karla Marie Lane.

To order memorial trees or send flowers to the family in memory of Grant Lane, please visit our flower store.