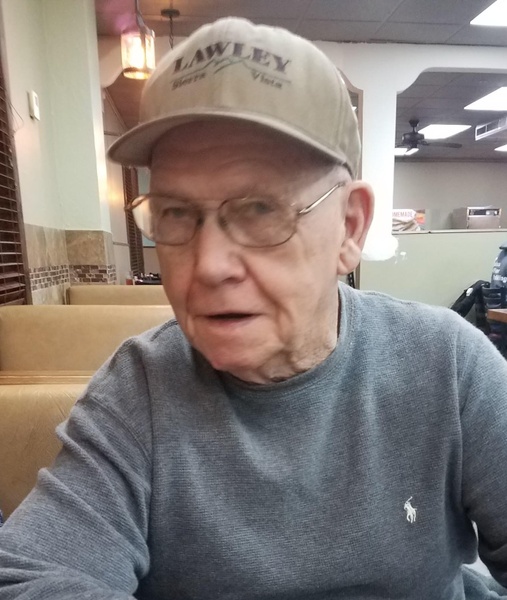 If you have met Harold recently, you met an old man who could not talk very well and who became
weaker as he got older to the point that he could no longer walk. This is not who our dad was, it is only
who he became at the end of his life. We want to tell you about our dad so you can know the real
Harold Eugene Poole.

Harold was born in Kentucky in 1938, the house that he was born in was still standing not many years
ago. He had nine siblings, mostly older, but he did have twins, a brother, and his sole surviving sister
Bonnie, who were younger than him. He grew up on a farm without electricity or indoor plumbing, and
by the stories that he would tell they would eat whatever they could grow, raise, or catch. That farm
was one of his favorite places in the world to visit and most of our childhood vacations were spent in
Kentucky.

Dad met our mom, Malley Rose Beauchamp, while she was still in high school and ended up marrying
her soon after. He joined the Army and took Rose and their first child Sharon to Virginia for a while
before moving back to Kentucky where he started his career at Proctor & Gamble (soon to become
Ralston Purina and later Protein Technologies). Mom and Dad lived in Louisville, KY until 1972 and
ended up with two girls, Sharon and Pattye, as well as their youngest, a boy named Brian. Dad’s job
took us to Memphis, TN and a few years later to Pryor, OK in 1976. Harold and Rose have lived in Mayes
County ever since, either in Pryor or on the lake in Spavinaw.

Dad was a man who loved people, he loved talking to people and getting to know you whether you
wanted to or not. He was one of the founders of the Pryor church league softball association, was active
as a deacon in the First Baptist Church of Pryor and participated in many civic and school organizations.
He was the Sertoma Pryor Creek Citizen of the Year in 1981 and always made you believe that he was
interested in you (this was easy for him because he really was interested in you). Dad never met a
stranger and would tell stories of friends that he met years ago whether you knew them or not. If you
knew him for long, he probably knew your kids, your parents and most likely remembered your last
conversation. Many of dad’s best friends were met fishing, working or at church. He always worked too
much and never fished enough, but he enjoyed both.

Dad loved Thomas’ Restaurant as a young man, but eventually switched to The Eastside Cafe later in life.
As dad’s health failed him recently, he loved going to Eastside and talking with whoever was there. We
truly appreciated all the people at Eastside from the waitresses, the cooks, and the regulars to the
owner Mary, they made sure that dad felt loved and cared for and gave him a reason to leave the house
in the morning.

Dad loved his family most of all, he loved visiting and talking with his family in Kentucky and always
knew the latest news. He was a wonderful husband and great father; he wasn’t perfect, but he made
sure that we all knew that he loved us and that his love was not conditional. He wanted the best for us
and was willing to sacrifice for us, but he also made sure to let us know when we screwed up. On the
other hand, we do not think that dad would admit that any of his seven grand kids and especially his one
great granddaughter ever made a mistake or were anything less than perfect. He loved them all as
much as a man can love another person.

Dad’s life was a life of fun and friends and family. He worked hard and was successful, but above all he
loved those he lived life with and made the world a better place while he was here. We love him and
will miss him.

There are no funeral services planned for Harold, but the family will have a celebration on Saturday,
August 13th at The Eastside Cafe starting at 4 PM. This will be a time to celebrate dad’s life, to tell some
stories and remember what made him special. In lieu of flowers we would ask that you consider this:
call up an old friend, or meet a new one, have lunch, drink some coffee, tell stories, and lie about the
fish you just caught (even if you’ve never gone fishing). Spend time with your friends and family and
make them feel like you really care about them because that is what our dad would have done.

To order memorial trees or send flowers to the family in memory of Harold Eugene Poole, please visit our flower store.