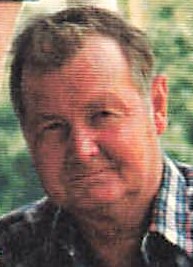 Ira Lenis Stafford, 87, of Salina, Oklahoma, passed away on January 29, 2020 in Salina, Oklahoma. He was born on May 23, 1932 in Salina, Oklahoma; the son of Floyd and Cora Dell (Roberts) Stafford. Lenis grew up by the island that is now in the middle of Lake Hudson. As a child he enjoyed outdoor activities such as hunting, fishing, riding horses, and working in the garden. In his late teens he bought his first guitar and has been writing songs and playing music ever since. He served 2 years in the Army during the Korean War. After the Army, Lenis lived in Wichita where he met Shelvay and 6 months later, they were married. After marriage they moved to Salina and started a family. Shortly after moving back to Salina, Lenis started participating in archery tournaments, where he received many awards and trophies. He enjoyed playing pool, often times letting his opponent break the balls then he would finish the table. He loved his garden and he was very proud of everything he grew; especially his cantaloupes. In his later years he spent most of his time attending church and studying his bible. Family and God were the most important to him. Lenis was a blessing to all who knew him, he will be greatly missed.

Funeral services for Lenis will be held on Saturday, February 1, 2020 at 2:00 p.m., at First Freewill Baptist in Salina, Oklahoma with Randy Monk, Doug Parker and James Rice officiating. Burial will be at Bryan Chapel Cemetery in Boatman, Oklahoma with Tyler Stafford, AJ Stafford, Chance Stafford, Brandon Sorum, Davis Combs, and Bobby Stafford serving as casket bearers. Honorary casket bearers will be Barry Hass, George Mozingo, and Lee Sorum. Visitation will be held from 6:00 p.m. until 8:00 p.m., Friday, January 31, 2020 in the Shipman’s Funeral Home Chapel. To leave his family a message, please visit his Book of Memories at www.shipmansfuneralhome.com. Arrangements are under the direction of Shipman’s Funeral & Cremation Service.

To order memorial trees or send flowers to the family in memory of Ira Stafford, please visit our flower store.