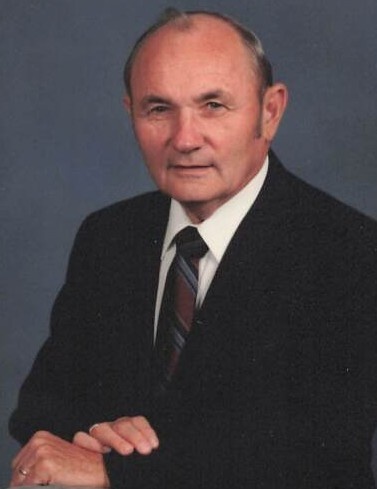 To view the livestream of Jack's funeral service, please click the following link.

Jack Cecil Marcy was born on June 3, 1932 to Martha “Ret” McConnell Marcy and Clarence Marcy. Jack grew up in Chandlerville, Illinois excelling in baseball, track, basketball, and football. Jack was a lifetime member of the United Methodist Church since 1935 and had perfect attendance in Sunday School for eight years. In 1952, Jack was drafted in the U.S. Army, where he attained the Rank of 1st Sergeant 25th Infantry Division. He was on the front-line battle on the 39th parallel when the Korean War ended precisely at midnight, the air went quiet, and it was over. Jack was given an honorable discharge in 1954. Shortly after returning home, Jack began his career in the Power industry, which spanned from 1954 – 1999. Jack married Jo Ann Fritchtnitch on April 1, 1956, and they were blessed with 3 children, 2 boys and 1 girl. The journey took Jack and his family from Illinois to Tennessee, Nebraska, Nevada and Oklahoma. Jack gained a complete understanding of coal-gas-oil-nuclear fueled turbine generators, attaining the role of Assistant General manager of thermal generation at GRDA. Jack earned his Professional Engineer Nuclear License registered in Oklahoma and Arizona. He was a member of the Hope Masonic Lodge #22 in Yerington, Nevada, and 32nd Degree Scottish Rite member and a lifetime member of the American Legion. The flag at GRDA Coal fired complex was flown at Half-staff in his honor.

To order memorial trees or send flowers to the family in memory of Jack Marcy, please visit our flower store.