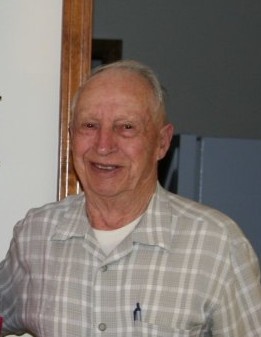 James “Jim” T. Weaver, 92, passed away on Friday, March 6, 2020 in Claremore. He was born on April 13, 1927 in Salina, Oklahoma; the son of Theodore James and Lula Pearl (Harris) Weaver. Jim faithfully served his country in the United States Navy during WWII. He was stationed in the Pacific and assigned to be on the USS Mountrail, a Haskell class attack transport of the U.S. Navy. On May 31, 1946, he married Darla Jean Thurman and celebrated 66 years of marriage before her passing in 2013. In 1961, Jim started building homes in the Mayes County area and was also a developer for over 25 years. He also worked for Midwest Carbide for 15 years. Jim was a member of the American Legion and was a proud WWII Veteran. In his spare time, he enjoyed gardening, fishing, and watching wildlife of any kind. He leaves behind many memories for his family to remember.

To order memorial trees or send flowers to the family in memory of James "Jim" Weaver, please visit our flower store.