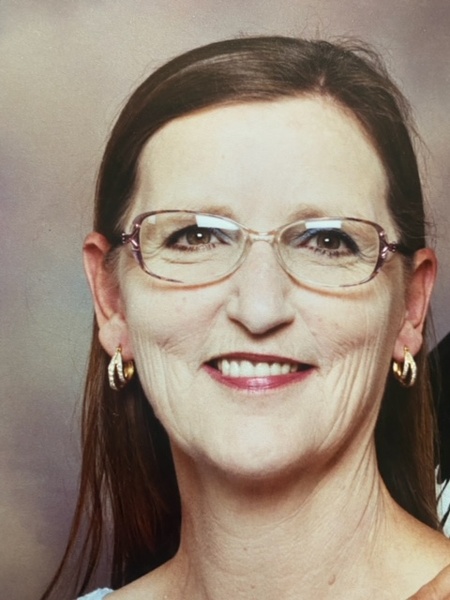 Jennie Rosetta Dollarhide, 68, of Rose, passed away on Friday, May 27, 2022 Tahlequah, Oklahoma. She was born on April 4, 1954 in Boise City, Oklahoma; the daughter of Mannie Capansky and Dorothy (Crow) Mayes. She worked in customer service most of her life, with her last job being at Speedy’s Gas Station. Jennie had a heart for helping people and looked forward to volunteering her time at the Rainbow House. She also loved sewing, crocheting, and attending family gatherings. Jennie also loved going to visit the panhandle part of the state, where she was raised. She was a wonderful mother, grandmother, sister, and friend and leaves behind many memories for her family to remember.

Graveside services will be held at 3:00 p.m., Friday, June 3, 2022 in the Elm Cemetery in Leach with Pastor Tommy Claxton officiating. Casket bearers will be Jerry Dollarhide, David Dollarhide, Brody Dollarhide, Lance Slaton, Justus Slaton, and Woodrow Calvert. Visitation will be held from 6:00 p.m. until 8:00 p.m., Thursday, June 2, 2022 at Shipman’s Funeral Home in Pryor. To leave her family a message, please visit her Tribute Wall at www.shipmansfuneralhome.com. Arrangements are under the direction of Shipman’s Funeral & Cremation Service.

To order memorial trees or send flowers to the family in memory of Jennie Rosetta Dollarhide, please visit our flower store.