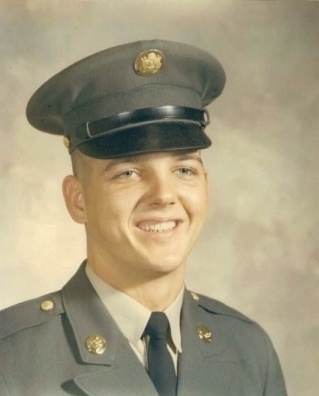 Jerry Neal Couch, 73, of Chouteau, passed from this life on Wednesday, February 16, 2022, at his home. He was born on March 17, 1949, in Chouteau; the son of Oris Couch and Dorothy (Cross) Couch. Jerry faithfully served in the United States Army and was honorably discharged in 1975. He worked for many years at Georgia Pacific and retired from there. Jerry enjoyed being outdoors and working on his antique cars and tractors. Most of all, he enjoyed spending time with his loved ones. He will be so dearly missed and leaves behind many wonderful memories.

Funeral services for Jerry will be held at 2:00 p.m., Friday, February 18, 2022, at Shipman’s Funeral Home Chapel with Reverend Andy Pilant officiating. Burial will follow at Chouteau West Cemetery with Darrin Larremore, Larry Stumpff, Glenn Couch, Jeff Kimball, Lloyd Couch, and Justin Couch serving as casket bearers. Honorary casket bearer will be Bradley Snodgrass. Visitation will be held from 6:00 p.m. to 8:00 p.m., Thursday, February 17, 2022 at Shipman’s Funeral Home. To leave his family a message, please visit his Tribute Wall at www.shipmansfuneralhome.com. Arrangements are under the direction of Shipman’s Funeral & Cremation Service.

Jerry is survived by his wife, Brenda, of the home; daughters, Shelly Snodgrass of Tulsa and Kimberly Larremore and husband Darrin of Chouteau; brothers, Lloyd Couch and wife Deborah of Chouteau and Glenn Couch of Pryor; sister, Deloris Devers and husband Nelson of Pryor; grandchildren, Lauren Couch, Darrin Larremore, Taylor Snodgrass – Desmarais, and Bradley Snodgrass; and great grandchild, Marleau Desmarais. He is preceded in death by his parents, Oris and Dorothy.

To order memorial trees or send flowers to the family in memory of Jerry Couch, please visit our flower store.