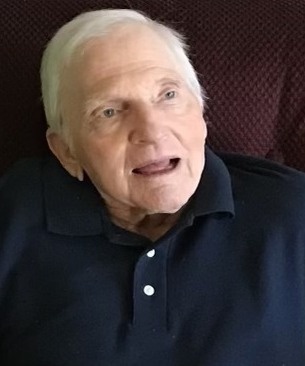 Jerry Phillips, 77, passed away peacefully on June 26, 2022, at the Kansas Medical Center in Andover, Kansas. He was born May 14, 1945, to Roy A. Phillips, Jr., and Ethelene (Robertson) Phillips. A lifelong resident of El Dorado, KS and an Army Reserve veteran, Jerry was active on several boards within the city throughout his life including Crimestoppers, the American Legion and the Chamber of Commerce Executive Board. Jerry was a kind man who truly enjoyed the simple pleasures in life. He was an avid golfer and gambler, enjoying weekly poker nights with his close friends for over forty years. He also loved spending time with his family and traveling with his beloved wife. Jerry is survived by his wife, Rhonda Phillips; his sons Justin and Jason (Melissa) Phillips; his daughter, Nicole Duntz; his grandchildren, Laura, John, Brodie, and Bella Phillips; his brother, Jim (Connie) Phillips; and his nieces, Debbie (Aaron) Baker and Diane (John) Solorio. Services will be held at Blue Springs Church in Salina, OK. Burial will follow in the Ross-Mayes Cemetery in Salina, OK. The family has requested that remembrances be made in the form of contributions to the Parkinson’s Foundation (parkinsons.org) in memory of Jerry Phillips.

To order memorial trees or send flowers to the family in memory of Jerry Phillips, please visit our flower store.