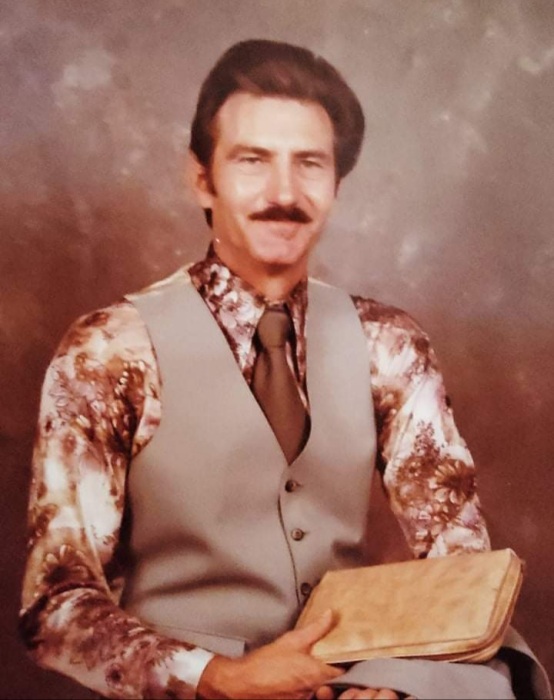 *Services for Jerry have been postponed due to weather. Please view new service details below.*

Rev. Jerry J Shoemaker was born December 2, 1929 to Abner and Addie Shoemaker in Midland, TX. Jerry was well-known as a licensed minister with the Assemblies of God organization for over 50 years. He built and pastored many churches in Texas and Oklahoma, including Assembly of God churches in Mazie, Vinita, Locust Grove, and Coweta. He had a way with people that was unparalleled and a fiercely dedicated love for God and helping others. Growing up between Texas and Oklahoma, Jerry lived a colorful, adventurous, and inspiring life; he was a self-taught construction man, founder of Shoemaker Concrete Co, who also taught himself to read from the Bible after starting work at an early age to help support his family, and even served the US Air Force as an aerial photographer for several years. It was in Tulia, TX that he met the love of his life, Leola Embry-Shoemaker; the two were married on April 2, 1949 and together, they would raise 2 children, remodel many homes and churches, and begin a life in service of the church together. Jerry had a passion for restoring and remodeling churches as well as homes, including his own 100-year-old home in the heart of historic Chouteau, OK where he lived for over 50 years with Leola and their children and grandchildren. He spent his later years redoing churches across the state from the floorboards to the steeples, building congregations as a pastor and serving a very active role in the community. His children and grandchildren will gladly tell you, there was never anyone quite like him; through a number of untold hardships, Jerry never lingered on the bad, always saw the good in those around him, and could make the best of almost any situation with his passionate commitment to finding joy every day. He loved animals, the outdoors, and was an excellent storyteller, choosing to spend much of his time later in life with his grandchildren, inspiring them with his upbeat smile and the stories that he could tell on a whim. Jerry never met a stranger, never had an unkind word to say about anyone, and had an incredible love of life that stands as a lasting inspiration to his family. He never let a day go by that he wasn’t busy helping others or finding ways to bring joy and laughter to those around him. His legacy is one of faith, hard work, family, optimism, and always love. Rev Shoemaker passed in his home at 201 N Hayden St on January 31 st 2022 at the age of 92. He is preceded in death by his wife, Leola Shoemaker who departed in November of 2020, parents Addie and Abner Shoemaker, one brother, Freddie Lowe Shoemaker, and two sisters, Delilah Arteburn of Amarillo, TX and Zula Culwell of Vigo Park, TX. He is survived by one brother, Abner L. Shoemaker and wife Betty of Catoosa, 6 nephews and 2 nieces, one daughter, Nicola, and her husband James Wyatt, and one son, Jerry D Shoemaker, both of Chouteau, OK, four grandchildren: Jalexa Schell-McCall and husband Stephan McCall of Muskogee, Jeresa McClain and husband James McClain of Chouteau, J.D. Shoemaker and wife Mandy of Tulsa, and Jerenda Cowan and husband Brandon Cowan of Verdigris. He also leaves a legacy of 4 great and 3 great, great grandchildren, and two chihuahuas, all of whom will miss him very much and strive to honor the memory of his joyful spirit.

There will be a memorial service for both Rev. Jerry J. and Leola Shoemaker on Saturday, March 5, 2022, at 1:00pm at Lighthouse Assembly of God in Locust Grove, Ok. Pastor Dale Lemons will officiate.

To order memorial trees or send flowers to the family in memory of Jerry Shoemaker, please visit our flower store.