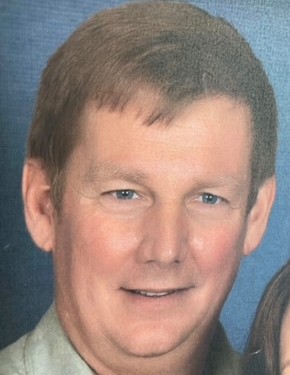 Jerry Ronald Smith, 62, of Texarkana, passed away on Tuesday, September 14, 2021 near Smithville, Oklahoma. He was born on April 21, 1959, to Grover and Doris Smith. Jerry lived his lifetime residing in Adair, Oklahoma, Chouteau, Oklahoma, and Texarkana, Arkansas. He spent his life as a missionary helper for ABA churches for 25 years and then worked for Chem Air, a company in Shreveport, Louisiana. Jerry loved to compile video clips for the missionaries he helped and traveled to many countries and throughout the United States to minister to others. He married Susan Crow on May 24, 1980, in Chouteau, Oklahoma. He loved people. Jerry’s life testimony impacted a plethora of those he met. He never met a stranger and was always willing to help those in need.

Funeral services for Jerry will be held at 10:00 a.m., Monday, September 20, 2021 in the Shipman’s Funeral Home Chapel with Reverend Don Bendure and Reverend Kelly Chronister officiating. Burial will follow in the Chouteau North Cemetery with Mike Earp, Brandon Earp, Brian Earp, Drew Earp, Cory Nicholas, and Barry Chupp serving as casket bearers. Visitation will be held from 3:00 p.m. until 5:00 p.m., Sunday, September 19, 2021 at Shipman’s Funeral Home. In lieu of flowers, the family asks that donations be made to the Cornerstone Baptist Church % Jerry Smith Scholarship Fund at 3900 Union Road Texarkana, Arkansas 71854. To leave his family a message, please visit his Tribute Wall at www.shipmansfuneralhome.com. Arrangements are under the direction of Shipman’s Funeral & Cremation Service.

To order memorial trees or send flowers to the family in memory of Jerry Smith, please visit our flower store.