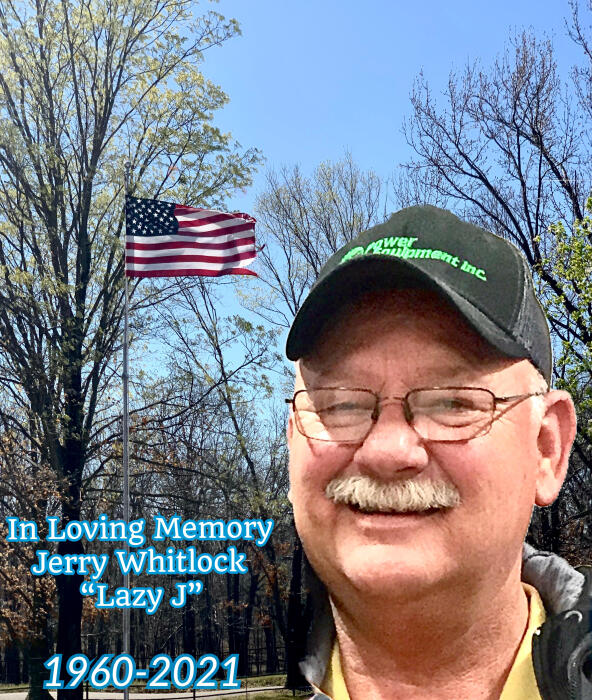 Jerry William Whitlock (Lazy J), 61, departed from this life on Sunday, March 28, 2021. He was born on January 31, 1960 in Poplar Bluff, MO; the son of Sam and Helen (Jamison) Whitlock. Jerry grew up in the Collinsville, Ok area and has lived in the Pryor area for the last 25 years. On June 9, 1995 in Miami, OK, Jerry Whitlock and Lisa (Privett) Whitlock were united in marriage. The couple has been married over 25 years. For the last 44 years, Jerry has been a big rig truck driver. He was the owner of Jerry Whitlock Transportation for 15 years. For the last several years, he has worked for TST Logistics as a truck driver. In his pastime, he enjoyed riding his Harley with his wife and friends. Above all else, Jerry deeply loved his family and spending time with them. A loving husband, father, grandfather, and friend who will be dearly missed by all who loved him.

A Celebration of Life will be held Saturday, April 3rd -4pm at Eddie and Shelly Hammer Residence- (186 W. 480 Pryor, Ok 74361). Cremation arrangements are under the direction of Shipman’s Funeral & Cremation Service. To leave his family a message, please visit his Tribute Wall at www.shipmansfuneralhome.com.

Jerry is survived by his wife, Lisa, of the home; sons, Sammy Dale Whitlock and wife Sarah, William “Waid” Whitlock and wife Melissa, and Dallas Durham; daughter, Autumn Sumner; brother, Frank Whitlock; sister, Billie Ditzler; 8 grandchildren; and many other relatives and friends. He is preceded in death by his parents, Sam and Helen.

To order memorial trees or send flowers to the family in memory of Jerry Whitlock, please visit our flower store.