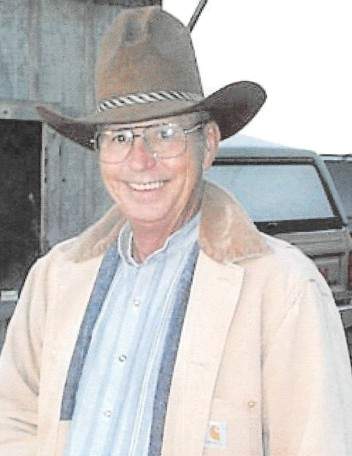 Jimmie Lee Horn, 82, of Strang, Oklahoma passed away on Wednesday, March 27, 2019 in Pryor, Oklahoma.  He was born on July 25, 1936 in Timber Hills, North of Vinita, Oklahoma; the son of Melvin G. Horn and Leva (Parkhurst) Horn.  Jimmie met Lucinda Montano in Gallup, New Mexico and whom he later married on August 9, 1976 in Miami, Oklahoma.  Jimmie started at the age of 20 as a Lineman, traveling all over the country, moving back to Oklahoma, he later went to work for and retired from GRDA.  Jimmie was a member of the IBEW # 611 in New Mexico and #1002 in Tulsa, Oklahoma.  He was a lifetime member of the NRA.  He and Lucinda started the Indian Territory SASS (Single Action Shooting Society) in September of 1992.  Jimmie was a member of Red Castle Gun Club, the Elks Club and a member of the Shawnee Tribe.  Jimmie was outdoorsman in every sense of the word, enjoying duck hunting, fishing, reloading ammo and firearms.  He enjoyed watching westerns and especially John Wayne movies.  Jimmie loved his family and all his friends.  He leaves many wonderful memories for all to cherish.

No formal Services to be held at this time. In lieu of flowers, the family asks that donations be made to your favorite charity, or to the Alzheimer’s Association. leave his family a message, please visit his Tribute Wall at www.shipmansfuneralhome.com. Arrangements are under the direction of Shipman’s Funeral & Cremation Service.

He is survived by his wife, Lucinda of the home; his sons, Randy Chitwood of Pryor, OK and Darrell and wife, Angela Chitwood of Jones, OK; daughter, Sabrina Summerlin of Pryor, OK; sister, Patty Vogel of Tulsa, OK; 9 grandchildren and 9 great grandchildren; many other relatives and friends.  He was preceded in death by his parents, Melvin and Leva Horn; his brother, Melvin Horn.

To order memorial trees or send flowers to the family in memory of Jimmie Horn, please visit our flower store.