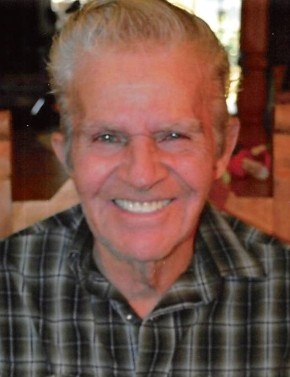 Jimmie John Mullin, 82, of Cleora, OK, passed away Monday, Feb. 21, 2022, after a long illness.  He was born on Nov. 4, 1939, in Colcord, OK, to James Riley and Lucy (Clary) Mullin. In 1956, Jim enlisted in the United States Navy as a hospital corpsman.  During his 25 years of service, Jim completed tours of duty in Adak, AK; Western Pacific aboard the USS Mauna Kea (AE-22) ; Da Nang, Vietnam; Newport, RI; Corpus Christi, TX; Groton, CT; the Pentagon in Washington, D.C.; and Yuma, AZ.  He was awarded the Navy Commendation Medal, Vietnam Service Medal with Fleet Marine Force Combat Operations Insignia, and two Bronze Star Medals for heroic service in a combat zone.  Despite retiring at the rank of Lieutenant Commander, Jim said his best times were as Chief Petty Officer.  In 1969, Jim married Patricia DuPonte, and together they enjoyed 52 years of marriage.  If he called you a friend, you earned his life-long loyalty. If you angered him, Jim raised his short stature to 10 feet tall to take care of business. Jim had three children but mentored many more.  He loved coon hunting, horseback riding, farming cattle, and doctoring sick animals. For his mischievous smile and big heart, Jim will be sorely missed.

Graveside services with full military honors will be held on Saturday, March 5, 2022, at 11:00 a.m. at McLaughlin Cemetery in Cleora with Dan Weiser officiating. To leave Jim’s family a message, please visit his Tribute Wall at www.shipmansfuneralhome.com. Arrangements are under the direction of Shipman’s Funeral and Cremation Service.

To order memorial trees or send flowers to the family in memory of Jimmie Mullin, please visit our flower store.