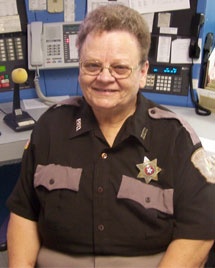 Joanna Berry of Locust Grove, a retired Pryor Police Department Dispatcher, died on Thursday, February 4, 2021 in Tahlequah, OK surrounded by her family. She was 79.

Joanna was born on March 20, 1941 to Carnes and Versa (Connor) McClendon in Lufkin, Texas. Joanna met Harold  Berry at a friend’s house in Long Beach, CA. They were married on March 21, 1964. Over the years 3 children, a daughter- in- law, son- in- law, 4 grandchildren, and 1 great grandson completed their family.

She had many scares as a Law Enforcement Officer’s Wife but as long as Harold was by her side, she accepted the risks with strength and courage. Joanna was a mother hen to her officers at the Pryor Police Department during her time there and loved them dearly.

She was preceded in death by her parents, Carnes Ibard and Versa Eleanor (Connor) McClendon.

No services have been planned at this time. To leave her family a message, please visit herTribute Wall at www.shipmansfuneralhome.com. Cremation arrangements are under the direction of Shipman’s Funeral & Cremation Service.

To order memorial trees or send flowers to the family in memory of Joanna Berry, please visit our flower store.