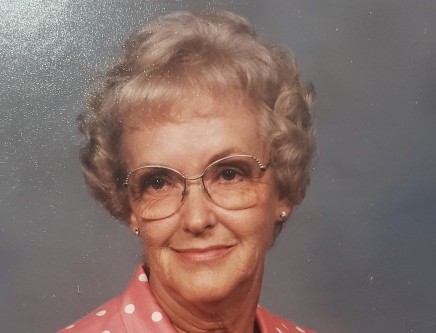 Joanna Mirise, 85, of Pryor, passed away on Monday, August 19, 2019 at her home. She was born on January 30, 1934 in Pryor; the daughter of Larkin “Hap” and Mabel (Washam) Jackson.  She was a Pryor High School graduate of the Class of 1951 and went on to earn her nursing degree in 1954 from the St. John Nursing School in Tulsa.  Joanna married Herbert Mirise on June 1, 1954 in the Chapel at St. John’s in Tulsa. She loved quilting and won many best in shows and awards for her quilts. She also enjoyed working outdoors, especially with her cows and gardening. She especially loved irises. Joanna was a member of the Pryor First United Methodist Church and enjoyed attending service and church activities when she was able. She leaves behind many wonderful memories and will be missed by all who knew and loved her.

To order memorial trees or send flowers to the family in memory of Joanna Mirise, please visit our flower store.