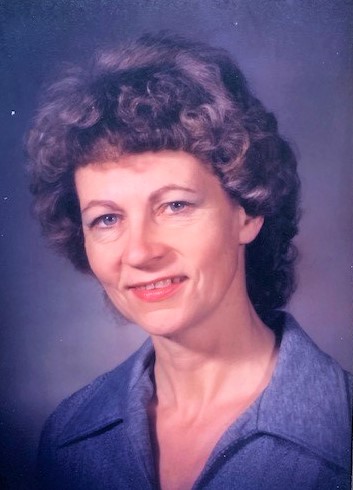 Joanne Marie Bock, a retired college librarian, passed away Saturday, April 25, 2020, at the age of 80 from complications of a stroke. “Jo” was born in Cresco, Iowa to Mary and Alvin Bock. She graduated from Spring Valley High School in 1957 and from the University of Minnesota in 1971 with a Bachelor’s in Education and a minor in Library Science. After a few years of teaching, she moved to Salt Lake City and was a college librarian there. While there, she completed her education, earning a Master’s in Library Science Degree from Brigham Young University. Her next posting was a college in Ephraim, Utah, and then on to a college in Wayne, Nebraska, where she became curator of Government Documents for the state of Nebraska. After her retirement, she returned to her hometown of Spring Valley, Minnesota to care for her ailing mother. When her mother had to move into a nursing home, Jo moved to rural Wagoner County in Oklahoma to be near family and friends there. She served as a EMT-Basic with ambulance services in Utah, Nebraska, Minnesota, and Oklahoma. She was a volunteer first-responder with the Flatrock Fire Department in Wagoner County and served on the Board of Directors there. Jo loved to travel, having gone on tours to Europe, China, India, Russia, and Central America. She also traveled extensively in Western US in her motor home, often in the company of her dear friend Mary (Jones) Geary. She was an avid animal activist, rescuing many dogs over the years, and loved working in her garden and orchard.

The family wishes to thank the caregivers of Inola Health and Rehab and the Good Shepherd Hospice.

The family also asks that donations be made to the Chouteau Public Library at 307 West Main Street Chouteau, Oklahoma 74337.

No services are planned at this time. Any memorials in her memory may be sent to the Chouteau Public Library in Chouteau, Oklahoma.

Jo is survived by her sister, Karen (Bock) Jones of Chouteau, Oklahoma; and brother, Allen Bock of Cumberland, Wisconsin. She is preceded in death by her parents, Mary and Alvin; and sister, Gayle (Bock) Kaufman.

To order memorial trees or send flowers to the family in memory of Joanne Bock, please visit our flower store.