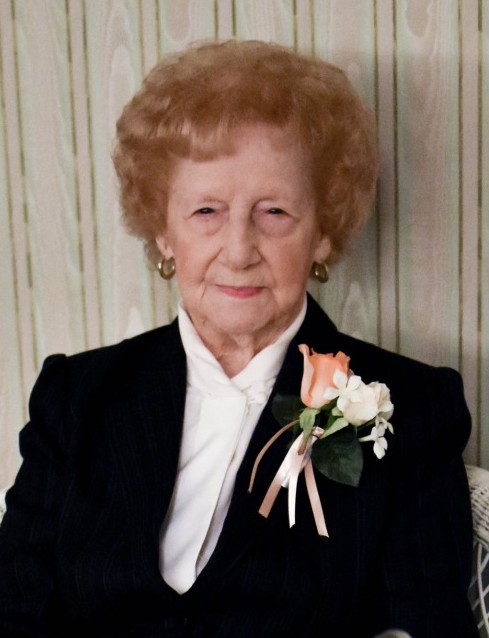 Joanne (Nana) Shingleton, 96, of Pryor, passed away in Broken Arrow, Oklahoma on Friday, June 25, 2021. She was born on May 29, 1925 in Center, Oklahoma, the daughter of Ora Roberts and Leona Pesterfield Roberts. She was the youngest of eight children. She attended Cole Schools until high school. While attending Salina High School, she played on the women’s basketball team. She graduated on May 14, 1943. After graduation she worked at the Pryor Powder Plant making powder to aid the war effort. On April 3, 1955 she was baptized by Elwyn O. Thurston and became a member of the Methodist Church. She married Richard Shingleton on April 12, 1944 in Jacksonville, Florida, and the journey of 63 years together began. Her chosen profession was to become a homemaker. Her house was always “spick and span” and meals were always ready on time and homemade. She was a loving and caring daughter, wife, mother, and Nana, often caring for family members during times of need. If you needed her, she was there. She enjoyed traveling with Richard and family friends. She was fortunate to see most of the states in our beautiful country, plus visit England and Canada. She especially loved going to the casinos and winning big! She became a master of the slot machines and knew exactly how to pick the ones that would pay off! During her later years when she could no longer travel, her favorite hangout was Jan’s Beauty Shop in Pryor every Friday come rain or shine. She enjoyed working word puzzles and making her cranberry salad for family dinners. What she really loved the most was spending time with family and grandkids. She leaves many special memories of her wit and spunk for her family to cherish.

Memorial services for Joanne will be held at 10:00 a.m., Wednesday, June 30, 2021 at Shipman’s Funeral Home Chapel. Burial will follow at Fort Gibson National Cemetery. To leave her family a message, please visit her Tribute Wall at www.shipmansfuneralhome.com. Cremation arrangements are under the direction of Shipman’s Funeral & Cremation Service.

To order memorial trees or send flowers to the family in memory of Joanne Shingleton, please visit our flower store.