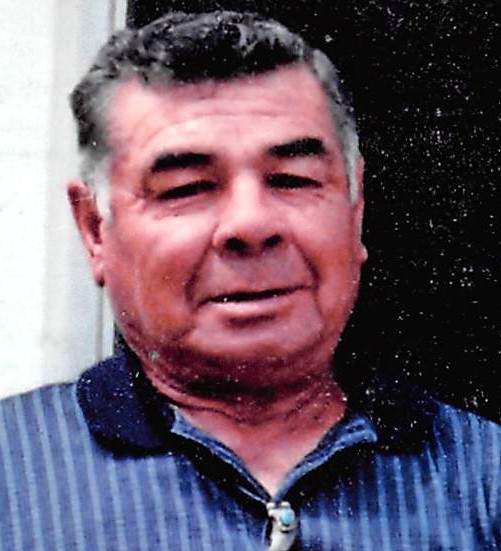 Joe Dean Buckskin was born March 3, 1937, to Sam and Daisy Cochran Buckskin in Salina, Oklahoma, and passed away April 23, 2019, in Glenpool. He attended Sequoyah Vocational School in Tahlequah, where he excelled in sports and was captain of the football team.  After graduation, he joined the U.S. Navy, serving as a Special Forces Seabee, and was stationed in Japan and California, among other places.   He returned to Oklahoma after his discharge, where he became a member of the American Legion #308, and later married Betty Sac Phillips.  The two were together nearly 50 years and lived most of that time in Tulsa.  In addition to raising their children, Joe and Betty also raised a great-granddaughter, Kayla Parker, as their own child. Joe worked as a cement finisher and was employed with the Tulsa Roads Department, and was also an ordained Baptist minister, heading the Second Chance Baptist Church and Tulsa Indian Baptist Church in Tulsa before his retirement. He was a proud full-blood Cherokee and was fluent in both his native language and English, conducting many of his sermons in Cherokee.

He was preceded in death by his parents; one son, Sammy Joe Buckskin; one stepson, Gerald Phillips; two sisters, Fannie Kingfisher and Ruth Ross; and two brothers, Charley Bailey and Mixwater Buckskin.

He is survived by his wife Betty, of the home; one daughter, Kayla Parker; one brother, Richard Pickup and wife Charlene of Kenwood; one sister, Helen Blair of  Oklahoma City;  two stepdaughters, Sandra Parker and Glenda McKinney, both of Tulsa; and three stepsons, Wayne Phillips of Locust Grove; Vernon Phillips and wife Barbara of Iron Post; and Brian Phillips and wife Becky of Tulsa.  He also leaves behind many grandchildren, nieces, nephews, and other relatives and friends.

To order memorial trees or send flowers to the family in memory of Joe Buckskin, please visit our flower store.