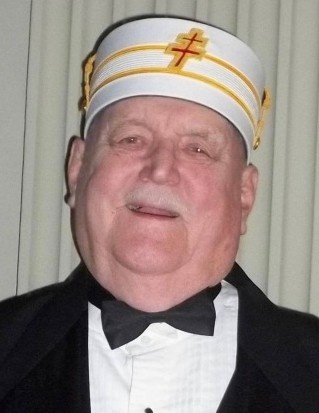 John Phillip Dodge, 88, of Pryor, passed away on Saturday, May 23, 2020 in Pryor. He was born on March 25, 1932 in Galesburg, Illinois; the son of Phillip and Frankie Mae (Kerns) Dodge. John went to middle school and High School in Quincy, Illinois and graduated in 1950. He married Mary Lou Harness on June 28, 1953 in Quincy. Together they had 4 children: Cristiana, John, Philip, and Matthew. John worked as a telegraph lineman for C. B & Q Railroad and as a machine operator for Gardner – Denver. Gardner – Denver built a new foundry in Pryor in 1974 and John and his family made their home in Pryor. John worked there until his retirement in 1991 as a Foundry Supervisor. He was a member of the First Baptist Church and taught Sunday school there for many years, and later joined Life Fellowship Church in Pryor. In 1961, John joined the Columbus Masonic Lodge #227 in Columbus, Illinois and then transferred to become a member of Pryor Creek Masonic Lodge #100. Lastly, he earned his 33rd degree in March of 2012. He enjoyed spending time with family, fishing, and hunting. John was a loving husband, father, and grandfather who will be dearly missed by his family and friends.

To order memorial trees or send flowers to the family in memory of John Dodge, please visit our flower store.