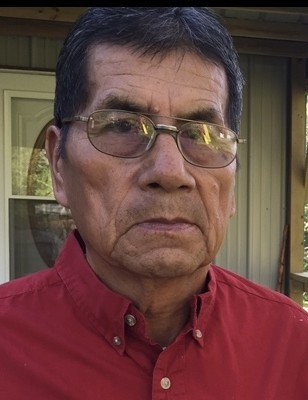 John Duane Scott, 74, of Salina, passed away on Saturday, February 15, 2020 in Tulsa, Oklahoma. He was born on July 20, 1945 in Claremore, Oklahoma; the son of Joe and Julia (King) Scott. John married Allie Kenedy on December 10, 1984 and together they created a fulfilling life of love and laughter. John was a dedicated Oklahoma Sooners football fan. He enjoyed being outside, especially fishing. John loved playing with his grandchildren and playing a game of dominoes or solitaire. He was a devoted husband, father, and grandfather and will be greatly missed by those who knew and loved him.

Funeral services for John will be held on Thursday, February 20, 2020, at 2:00 p.m., at Blue Springs Church, with Lorne Beck officiating. Burial will be in the Welch-Prairie Cemetery with Robert Scott, Randy Scott, Richard Scott, Chris Scott, Jeremy Scott, and Joey Scott serving as casket bearers. Honorary casket bearers will be Dan Heavener, Tyler Myers, Darrin Budder, Herbert Heavener Jr., and Tim Heavener. Visitation will be held from 6:00 p.m. to 8:00 p.m., Wednesday, February 19, 2020 in Shipman’s Funeral Home Chapel. To leave his family a message, please visit his Book of Memories at www.shipmansfuneralhome.com. Arrangements are under the direction of Shipman’s Funeral & Cremation Service.

To order memorial trees or send flowers to the family in memory of John Scott, please visit our flower store.