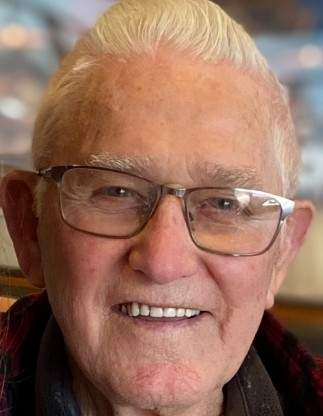 Joseph “Dub”  William Merryman, 88, of Chouteau, passed away on Wednesday, September 1, 2021 in Catoosa, Oklahoma. He was born on September 25, 1932 in Salina, Oklahoma; the son of Arthur Merryman and Cecil (McKelvey) Merryman. Dub worked for many years as a pipefitter, and joined the Pipefitters Union #205 in 1965, and retired on September 25, 1994. He attended Victory Tabernacle Church in Claremore. Dub looked forward to spending time outdoors, especially when he was able to go fishing, hunting, gardening, work cattle, antiquing and traveling. He also had a special love for blackberry cobbler and strawberry ice cream. Dub was a wonderful father, brother, grandfather, great grandfather and friend and leaves behind many memories for his family to cherish.

Funeral services will be held at 10:00 a.m., Wednesday, September 8, 2021 in the Shipman’s Funeral Home Chapel with Reverend Bryce Collins officiating. Burial will follow in the Chouteau West Cemetery with Chris Merryman, Dwayne George, Matthew George, Jimmy Wheeler, Jake Craig, and Joaquin Rodriquez serving as casket bearers. Visitation will be held from 6:00 p.m. until 8:00 p.m., Tuesday, September 7, 2021 at Shipman’s Funeral Home. To leave his family a message, please visit his Tribute Wall at www.shipmansfuneralhome.com. Arrangements are under the direction of Shipman’s Funeral & Cremation Service.

To order memorial trees or send flowers to the family in memory of Joseph Merryman, please visit our flower store.